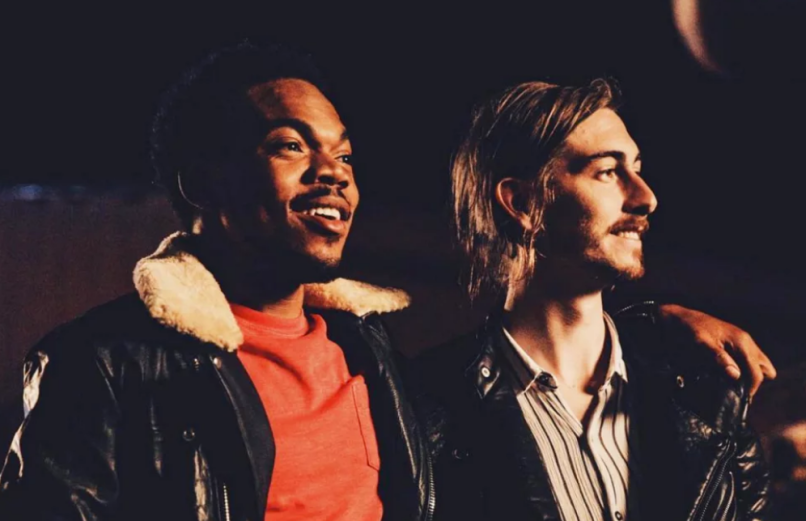 A24’s having a stellar year. The 5-year old studio — previous releases include Spring Breakers, Lady Bird, Moonlight, and The Florida Project — already boasts a slew of buzzy awards contenders under its belt, from Ari Aster’s Hereditary to Bo Burnham’s Eighth Grade to Paul Schrader’s First Reformed. Slice, a quirky slasher buoyed by a starring turn by Chance “The Rapper” Bennett, shares little with the aforementioned titles, but its partnership with A24 still makes sense; the studio, after all, isn’t beholden to pedigree so much as it is a project’s ability to stir conversation. But a different conversation’s surfaced over the last week, one centered around A24’s decision to forego a traditional theater release for Slice in favor of a “one-night only screening” in 20 cities throughout the U.S. This isn’t standard for A24, which tends to hype the hell out of its genre fare. One wonders: Does the studio have a dud on its hands? One that stars one of the most famous musicians on the planet? What do you do with a movie like that? You can’t just shuffle Chano off to VOD.

The good news: Slice isn’t a dud. Like the majority of A24’s oeuvre, it knows exactly what it is: A silly, irreverent sleepover slasher. It’s got color, heart, and practical gore. It’s got attitude and style for days. That shouldn’t come as much of a surprise, as director Austin Vesely has previously demonstrated an off-kilter vision and infectious playfulness in the videos he’s directed for Chance. It makes sense that Slice‘s best moments are accompanied by music — a montage set to Danger Mouse and Sparklehorse’s “Dark Night Of the Soul” is downright poetic — and that its characters pop strongest when set silently against a weathered storefront or anachronistic vintage automobile. It’s when everybody talks that things begin falling apart, and not just because Vesely seems to struggle with how best to film a static conversation.

That’s not a fault of the cast, but rather of Vesely’s script, which constructs a mythology that’s both overexplained and underdefined. In Slice‘s town of Kingfisher, humans live alongside ghosts and other mythic creatures, such as werewolves and witches. In an effort to decrease “hauntings,” the town’s corrupt mayor (Chris Parnell) has cordoned the ghosts off to their own section of town, which is where a rising number of human pizza delivery drivers begin getting their throats slit. The first to go is a stoner named Sean (Vesely), and it’s his death that spurs his girlfriend, Astrid (Zazie Beetz), to return to her job as a Perfect Pizza driver in an effort to hunt down the killer. Suspect number one is Dax Lycander (Chance), a werewolf who’s recently returned to town and hopes to one day resume his job as a delivery driver of Chinese food. Hanging out on the margins are a local reporter (Rae Gray), a grizzled detective (a hilarious Tim Decker), and the owner of Perfect Pizza (Paul Scheer).

If that all sounds a bit confounding, that’s because it is. Slice functions just fine on a surface level — the chatty or stoned will have no problem following the overarching storyline — but the film’s world and logic don’t hold up under much scrutiny. The rules regarding ghosts (How soon does a dead person become a ghost? Are they zombies? Why do they eat?) are frustratingly inconsistent, as is the werewolf mythology (Dax says he’s a “good” werewolf, yet we see no “bad” ones as a point of comparison). Major revelations tend to unfold off-screen, while seemingly important plotlines, such as the reporter’s investigation, end up having little to no impact. And while it commits to its raunchy, freewheeling tone, Slice‘s sophomoric humor tends to miss more than it hits. The biggest laughs come from Decker’s detective, who embodies the film’s unique brand of playfulness in scenes where he solemnly recounts his father’s werewolf-related troubles and, later, stares stone-faced at a box marked “SILVER BULLETS.”

Chance also scores some laughs as Dax, but that’s due more to his innate magnetism than a strong sense of character. The rapper is undoubtedly charming, but he never quite looks comfortable onscreen, nor does his character make that much sense when you begin peeling away the fur. Beetz, whose star is rapidly rising due to her wonderful turns in Deadpool 2 and on FX’s Atlanta, also feels adrift here, as the material doesn’t quite earn her visual evolution into bad-ass night stalker. Hannibal Buress and Stranger Things‘ Joe Keery bring some laughs in their minor roles (Keery’s especially feels as if it were added in post-production), but Slice‘s true standout is Y’Lan Noel (Insecure, The First Purge), who, in just two scenes as a drug dealer named Big Cheese, chews every line of dialogue as if it were a piece of taffy.

Slice, as a whole, can’t match the exuberance of Noel’s performance, but its structural failings don’t detract from its likability, which goes a long way in movies like this. To watch it is to open a pizza box that’s been jostled a few too many times. Inside, the cheese clings to the cardboard, sauce splashes against the sides, and pepperonis drip with grease. It might be sloppy, but you’ll be damned if still doesn’t taste good.