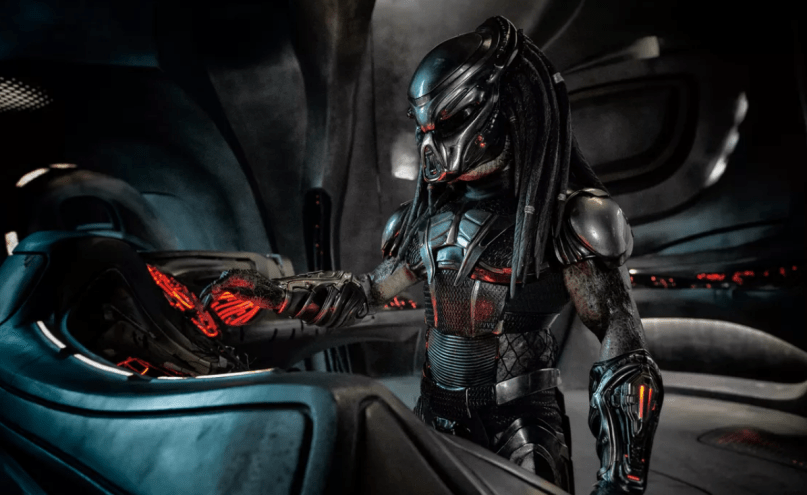 The Pitch: Some 30-plus years after he starred in the original film, veteran director and screenwriter Shane Black (Lethal Weapon, Kiss Kiss Bang Bang) returns to bring his own candied-brand of action to the Predator franchise. He’s not alone, though, and with co-writer Fred Dekker (Night of the Creeps, The Monster Squad) beside him, the two act like a bunch of ADHD kids in a sweet shoppe. They scream. They shout. They break things. A lot of things. For Christ’s sake, this isn’t so much a sequel as it’s a full-blown slumber party. From beginning to end, Black and Dekker have the time of their lives, taking their cast of character actors and tossing them through a relentless story that’s more or less a stunt show spectacular at Universal Studios circa 2049.

The Hunted: Seeing how Black’s greatest strength as a writer is creating lovable characters — ahem, even today, it’s impossible not to adore Mel Gibson’s Martin Riggs, and that’s coming from a writer with Jewish blood in him — it’s no surprise that The Predator comes fully stocked with collect-em-all action figures. This is a cast that never ends: Boyd Holbrook, Trevante Rhodes, Jacob Tremblay, Keegan-Michael Key, Olivia Munn, Thomas Jane, Alfie Allen, and Sterling K. Brown. Hell, it’s so overcrowded that you actually forget Jake Busey is in this movie at one point. Still, given Black’s penchant for scotch-taped sequences and Dekker’s knack for turning neighborhoods into warring battlegrounds, there’s enough carnage to go around.

Some Ugly Motherfuckers: One of the thrills of this particular chapter is how the titular beast evolves. In a creative decision that’s entirely self-aware of today’s obsession with big, dumb things, Black and Dekker create a super-sized Predator, one that stomps over the old one as if to say, “This is what you wanted. This is what you get.” The problem is that, unlike past iterations, even as recent as 2010’s severely underrated Predators, the goddamn thing never feels menacing. It’s a blob of CGI that moves too fast and can’t really get a handle on what it can actually do. It’s just big and dumb and loud. Sadly, the same can be said of the Predator dogs. Yes, there are Predator dogs in this one. You know, like in Ang Lee’s Hulk.

Verdict: At this point, what the hell do you want from this franchise? Nobody’s ever going to top John McTiernan’s meditative original, which is why the sequels that have followed in its wake have admittedly all tried something new. In 1990, Stephen Hopkins gave us a boozy genre movie with Predator 2. In 2010, Nimród Antal delivered a gritty cast-away thriller with Predators. (Sometime in between, both Paul W.S. Anderson and the Brothers Strause proved that crossovers aren’t always a good idea, and the less said about either Alien vs. Predator film, the better.) It’s good to see Black and Dekker offer up something so boisterous and stupid as The Predator. Is it messy? Absolutely. But, is it fun? It’s popcorn, baby.

This is the most Shane Black movie that Shane Black has ever made. The only thing missing are the Christmas lights, which he’s swapped out for Jack-o-Lanterns, perhaps as an olive branch for Dekker, who tends to love the ghouls and goblins. Longtime subscribers of his tongue-in-cheek machismo, his bubblegum dialogue, and his freewheelin’ freeway action will easily eat this shit up. Of course, they’ll also have to take a few tabs of antacid by the end of it, too. Because like Mommy always says, too much of anything is never good for anyone, and by the time Daddy Predator goes toe to toe with Daddy Holbrook, it’s not that we’re not too old for this shit, it’s just that the shit starts to get too old.