During a two-song performance of classics "The Chain" and "Gypsy" 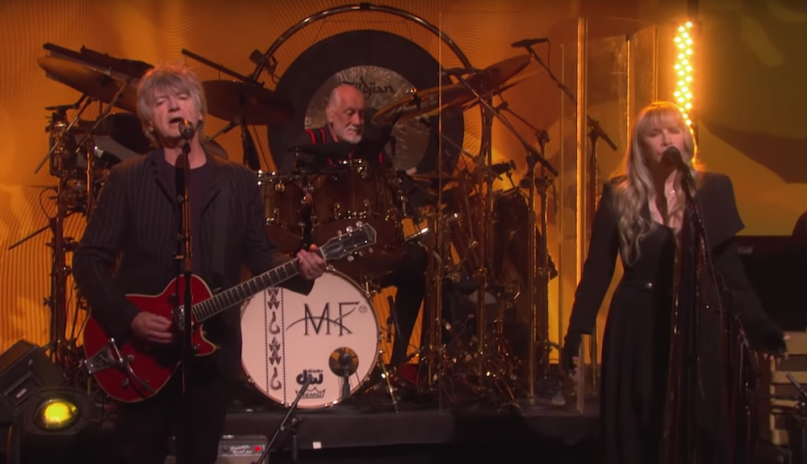 Fleetwood Mac are set to embark on an extensive North American tour next month. The 52-date outing will see the legendary outfit incorporating new members Mike Campbell, the longtime lead guitarist for Tom Petty & The Heartbreakers, and Crowded House frontman Neil Finn, who were both brought into the fold to replace Lindsey Buckingham. During their appearance on Ellen this afternoon, Fleetwood Mac debuted this lineup live for the first time, as JamBase points out.

Watch the replays below.

In a recent interview with Rolling Stone, Nicks said the addition of Campbell and Finn would allow Fleetwood Mac to play songs from the entirety of their catalog on this upcoming tour. “We were never able to do that since 1975 because certain people in the band weren’t interested in doing that,” Nicks was quoted as saying. “Now we’re able to open the set with a lot; a raucous version of ‘Rattlesnake Shake’ or something. I’d also like to do ‘Station Man,’ which has always been one of may favorites. We’re definitely doing ‘Oh Well.’”

In the future, Fleetwood Mac also plan to record new music with Campbell and Finn.

Buckingham was fired from Fleetwood Mac back in April over disagreements regarding the scheduling of this upcoming tour. He’s set to launch his own solo tour in October.