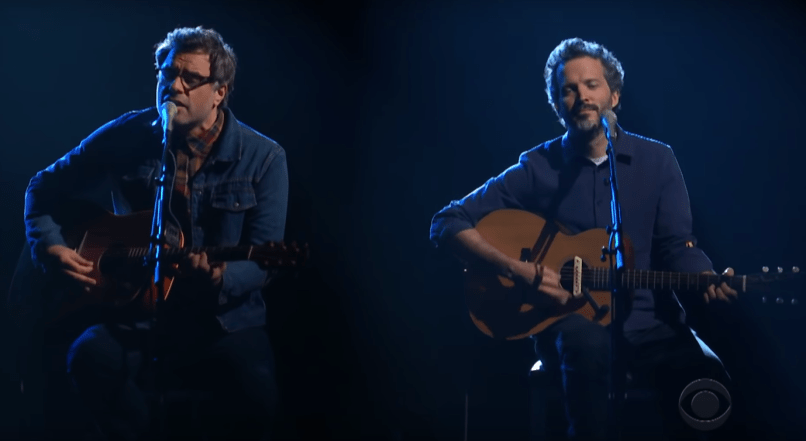 Flight of the Conchords on Colbert

The musical comedy duo of Bret McKenzie and Jemaine Clement, t.k.a. Flight of the Conchords, are set to make their long-awaited return to HBO with a new hour-long special airing October 6th. In anticipation, the Conchords made a rare late-night TV appearance on Monday night’s Late Show with Stephen Colbert. The self-described fourth most popular folk duo in New Zealand, McKenzie and Clement briefly chatted with Colbert before taking the stage to perform a new song called “Father & Son”. Catch their very funny appearance below. Needless to say, it’s great to have these guys back.