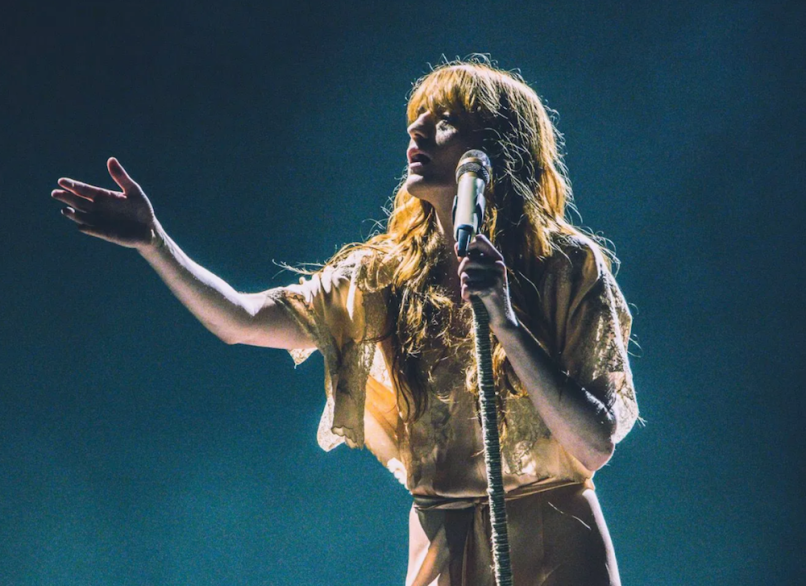 Florence and the Machine, photo by Lior Phillips

Florence and the Machine are the latest act to record a session as part for Spotify’s Singles series. Recorded at RAK studios in London, their two-song set featured a Tori Amos cover and a selection off the UK outfit’s most recent album, High as Hope.

Lead singer Florence Welch’s vocal style has often been compared to that of Amos, so the band’s choice in cover has been a long time coming. Welch & co. specifically took on “Cornflake Girl”, which originally appeared on Amos’ 1994 full-length, Under the Pink. As for the High as Hope cut, the band launched into a live rendition of early single “Hunger”.

Take a listen to the full Spotify session below.

Florence and the Machine previously covered Drake, Ben E. King, and just this past July, Fleetwood Mac. The group is currently touring North America, and you can grab tickets here.

As for Amos, she released one of the best albums of 2017 in Native Invader.

Spotify has been on a tear with its Singles sessions lately; in just the last few weeks alone, we’ve seen Arctic Monkeys, LCD Soundsystem, and Father John Misty all contribute to the series. Find them all here.