"Keith Moon! Tell me who's a better drummer?" 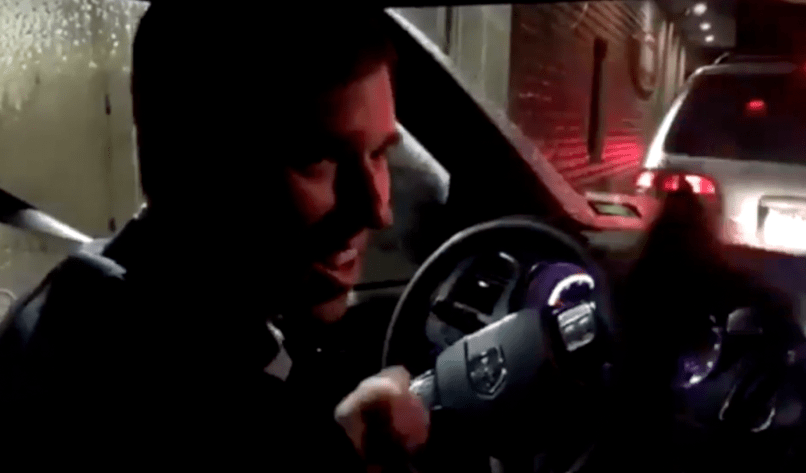 Long before he ran for a U.S. Senate seat in the great state of Texas, Beto O’Rourke played in a punk band called Floss alongside Cedric Bixler-Zavala. While Bixler-Zavala went on to form seminal outfits like At the Drive-In and The Mars Volta, O’Rourke sought a career in public service, and is now looking to rid Texas of GOP booger-eating dufus and possible Zodiac Killer, Ted Cruz. As polls have tightened, Cruz, stupidly, has made O’Rourke’s punk rock days as the basis of attack ads, believing voters wouldn’t dare support a hip, relatable modernist in favor of a crusty college republican who also happened to be a serial masturbator.

O’Rourke, of course, hasn’t shied away from his punk rock past; he recently shared a demo of his old band, hit the stage alongside Willie Nelson, and is scheduled to appear at a festival with Spoon and The Polyphonic Spree next month.

Following the debate, O’Rourke celebrated his strong performance with some Whataburger. While waiting in the drive-thru, O’Rourke air drummed along to The Who’s “Baba O’Riley”, which he called “maybe the best song ever written.” Later, he added, “Keith Moon! Tell me who’s a better drummer?”

Here's Texas Senate hopeful Beto O'Rourke air drumming to The Who while in a Whataburger drive-thru: https://t.co/u1WQxKTihL pic.twitter.com/IkhYdW1BZL

And all this is without mentioning O’Rourke’s views on cannabis legalization, immigration reform, and single-payer healthcare, not to mention his dynamic charisma and informed answers on topics like athletes who kneel during the National Anthem and the death of unarmed black men at the hands of police. Please vote.