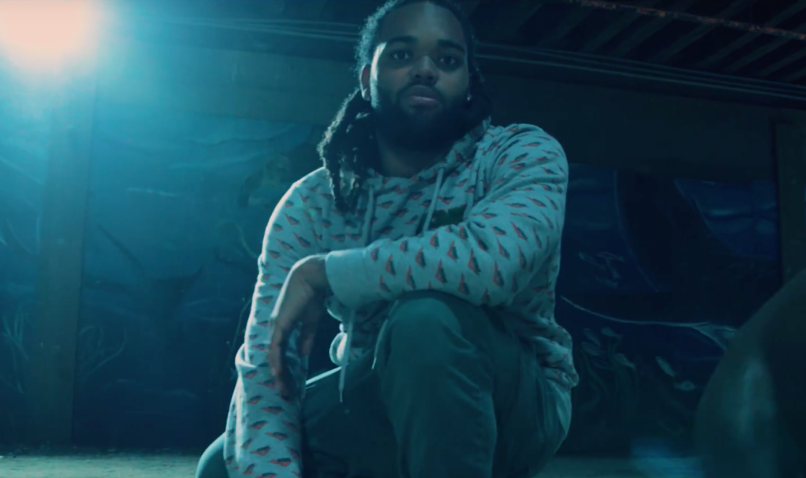 It’s been a little over two years since Kembe X first dropped his critically-acclaimed debut, Talk Back. Now, the Chicago MC has returned from the shadows with a fiery freestyle he’s dubbed, “Exclamation”, which serves as a prelude to his highly anticipated follow-up.

The as-yet-titled sophomore release finds Kembe X tracing his hometown’s problems through the concept of instant gratification, specifically the seven deadly sins. To build upon that idea, he’s paired “Exclamation” with a sleek music video that doubles as a homecoming, following him around various Chicago haunts such as Navy Pier.

“On ‘Exclamation’, when I was writing the shit, I was really coming to terms with, you know, where I was in life at that very moment.” Kembe X says. “I had just turned 23 a couple months before, and my life had taken a huge turn as far as my habits. [Laughs.] I wasn’t smoking weed, but I was drinking heavy and taking a lot of prescription drugs that I thought I’d never touch, let alone get addicted to, you know.

“But the song came from this triumphant feeling,” he adds. “This feeling of, you know, everything isn’t perfect, but some shit is just right. Like I said uhh.. ‘drink brown but I promise I’m not a racist/ got white girl I promise I’m not a racist/ That green get me high I can see the matrix/ That yellow bar lock me like I’m in cages.’ On that part, that’s me deciding the flaws — things that maybe I’m not even proud of — are dope and important to my story.

“This song came together as me really trying to make sense of everything that was happening in my life,” he insists, “still trying to acknowledge my power. Trying to show my power.”

Watch the video below and keep an eye out for his new project.