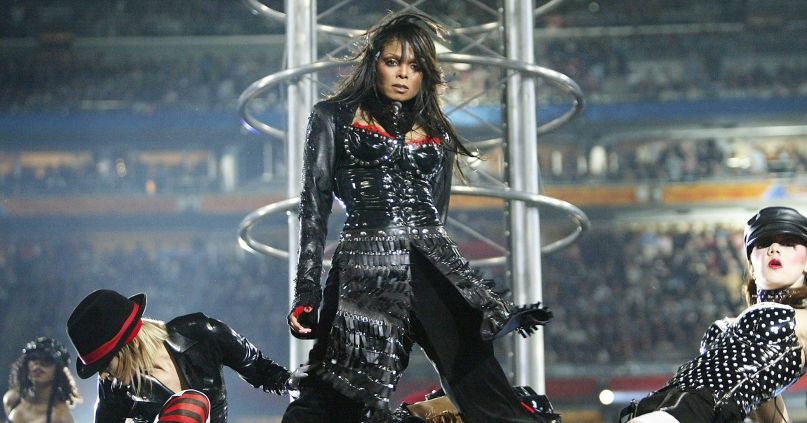 Janet Jackson at the 2004 Super Bowl

In July, Les Moonves, the chairman, president, and CEO of CBS Corporation, was accused of sexual misconduct by six women, and, according to various reports, he will soon depart the network with a severance package of $100 million in stock (that’ll teach him!). Now, a new report from The Huffington Post offers some more insight into his petty, misogynistic, vengeful behavior. Moonves, apparently, was obsessed with damaging the career of Janet Jackson following her “wardrobe malfunction” at the 2004 Super Bowl, which aired on CBS and netted the network a $550,000 Federal Communications Commission fine.

Per HuffPost, Moonves, who was reportedly convinced the malfunction was intentional, was miffed that Jackson’s apology wasn’t “sufficiently repentant,” especially in contrast to Justin Timberlake, with whom she shared the stage. Timberlake apparently “tearfully apologized” after being banned from the 2004 Grammys broadcast (he was subsequently allowed to perform after apologizing), and Moonves expected a similar apology from Jackson that he never received.

According to CBS insiders, Moonves then sought to hurt her career. “Moonves ordered Viacom properties VH1 and MTV, and all Viacom-owned radio stations, to stop playing Jackson’s songs and music videos,” the article alleges. “The move had a huge impact on sales of her album Damita Jo, which was released in March 2004, just a month after the Super Bowl.” Timberlake’s career, meanwhile, thrived.

Years later, Moonves was allegedly furious when he found out Simon & Schuster—which, like CBS, is a subsidiary of Viacom—would be publishing a book by Jackson. “How the fuck did she slip through?” one source recalls Mooves saying. Another said that Moonves promised “heads were going to roll as a result of the deal.”

Well, fuck him because she just dropped a new single, “Made For Now”, last month. Meanwhile, he’ll spend the rest of his life stewing about it in an empty mansion.