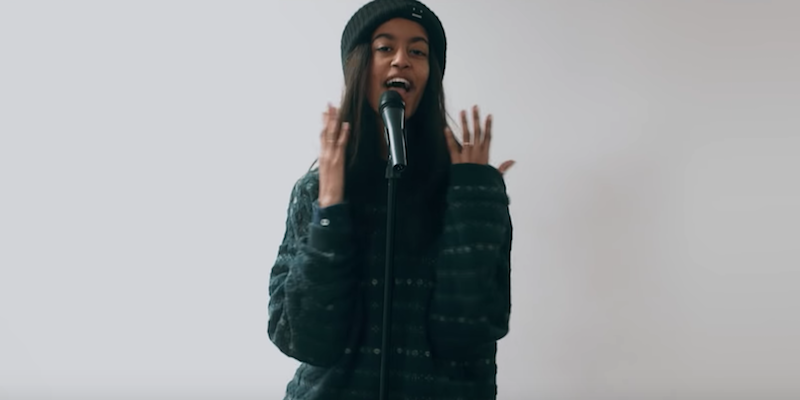 Malia Obama is currently a sophomore at Harvard University, but it’s not all late night study sessions and academic discussions at Shay’s for the former First Daughter. Like her parents, Malia seems to have her sights set on the entertainment world, as she’s appeared in a new music video for some of her college classmates.

The band of seniors is called New Dakotas, and their very college-indie track is called “Walking on Air”. In the clip, one of their bandmates oversleeps and misses practice, getting himself booted from the group. They start holding auditions, and lo and behold, in walks an Obama, singing and dancing (at the 1:41 mark), and even busting out some harmonica (2:01). It’s a brief appearance, but probably the best marketing New Dakotas is ever gonna get, so props to them for knowing how to work those connections.