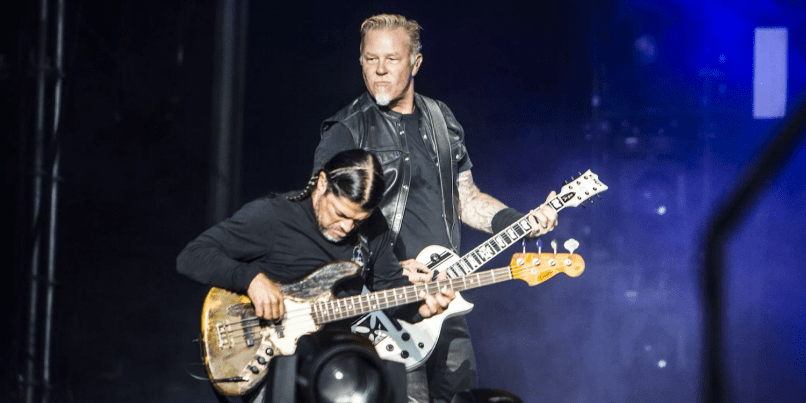 Metallica played a benefit concert dubbed “Dreamfest” on Wednesday night (September 26th) as part of the Salesforce company’s Dreamforce technology conference, and the music was apparently so loud, it was reportedly heard miles away by residents of San Francisco.

The outdoor show was held at the Civic Center Plaza, with proceeds benefitting the UCSF Benioff Children’s Hospitals. The band has a longstanding relationship with Salesforce CEO Marc Benioff, having played private shows for the company’s employees in the past.

As SFGATE reports, Twitter started blowing up on Wednesday night with San Francisco residents claiming the concert was keeping them from getting to sleep and that the music was traveling for miles.

One Twitter user, Matt Ranalletta, wrote, “Marc Benioff’s Metallica birthday concert is shaking the walls of my apartment from three miles away. Can someone please explain to me what Salesforce even does again?”

Another, Aidin Vaziri, complained, “This Metallica set is so loud I’m pretty sure it’s going to topple the Millennium Tower and put like 17 more cracks in the Transbay Transit Center,” referring to San Francisco’s new transportation hub that has been plagued by structural issues.

Other fans, meanwhile, were happy with the volume, with Rahul Kupta declaring, “I can hear @Metallica playing ‘Enter Sandman’ from my house. This city rocks!”

According to Metallica, last year’s benefit concert helped raise $10 million for the UCSF Benioff Children’s Hospitals, so we’ll go ahead and forgive the metal legends for causing residents of San Francisco to lose a few hours sleep this time around.

See some of the tweets from San Francisco residents below, and check out a full list of Metallica’s tour dates here.

Marc Benioff’s Metallica birthday concert is shaking the walls of my apartment from three miles away. Can someone please explain to me what Salesforce even does again?

This Metallica set is so loud I'm pretty sure it's going to topple the Millennium Tower and put like 17 more cracks in the Transbay Transit Center. https://t.co/rrDPsSGFXj

I can’t sleep because that darn rock band down the street is too loud. Damn you Metallica

Trying to sleep and can clearly hear Metallica playing "Nothing Else Matters" from Dreamforce's concert at the Civic Center in San Francisco.

We really don't have enough space to hold concerts for 170,000 people in this city.