By making more money than Trump at NBC, Stefani unwittingly sent Trump on a mission to prove his popularity to the network 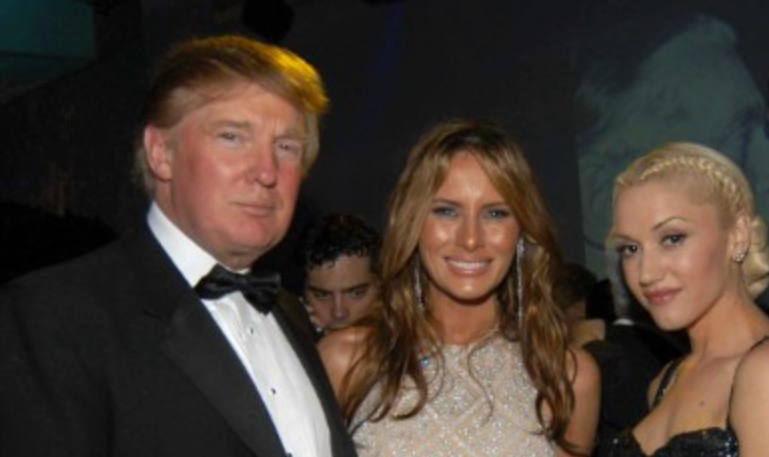 Gwen Stefani and and the Trumps

There’s plenty of theories regarding what prompted Donald Trump to finally run for president, a pursuit he’s bandied about since the ’80s. Many cite President Barack Obama’s roast of Trump at 2011 White House Correspondents’ Dinner as an inciting incident for his winning run, but filmmaker Michael Moore has one you probably haven’t heard before. Trump ran for president, he posits in a new interview with The Hollywood Reporter, because of Gwen Stefani.

The No Doubt singer worked as a coach on NBC’s The Voice while Trump was hosting the network’s The Apprentice, and Moore says that Trump was furious when he realized the pop star was paid more than him. As such, he staged his Trump Tower campaign announcement to “prove his popularity” to NBC. “He’d been talking about running for president since 1988, but he didn’t really want to be president,” Moore said. “There’s no penthouse in the White House. And he doesn’t want to live in a black city. He was trying to pit NBC against another network, but it just went off the rails.” Moore says Trump only truly began taking his run seriously after NBC cut ties with him over his comments regarding Mexican immigrants.

Today marks the premiere of Moore’s latest film, Fahrenheit 11/9, which will explore the impact of the Trump presidency as it also digs into other crises facing the world today. Whether he gets comment from Stefani in the film remains to be seen.