“He Would Try Anything”: How Michel Gondry Changed Jim Carrey Forever

The French filmmaker turned the blockbuster comic into a daring dramatist 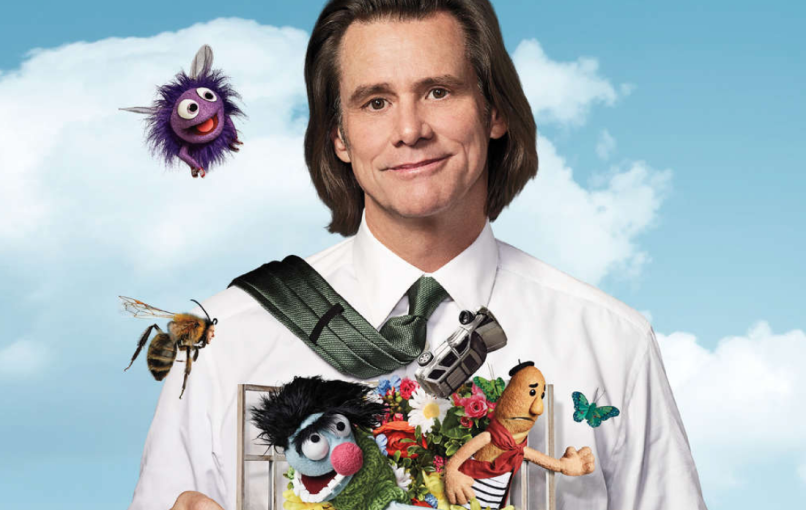 When an actor reaches a certain peak of fame, that fame—and what they’re most famous for—can become an entity somehow separate from what they actually put on the screen or stage. Jim Carrey is one such person. After an incredible string of hits, the actor-comedian became something bigger than just a funny guy with incredible timing and elastic expressions. There was Jim Carrey, and also The Jim Carrey. Sharp-edged. Off-kilter. Unpredictable. He could make an ostensible family comedy, like Liar Liar, and there’d be a touch of The Cable Guy in there; he’d show a gentler side, as in The Truman Show, and somehow you might still see the vulgar,  impish pet detective bleeding out around the edges.

Then he met Michel Gondry, and those two Jim Carreys fused into something more personal, strange, and daring.

2004’s Eternal Sunshine of the Spotless Mind stars Carrey as Joel Barish, a soft-spoken romantic who’s elected to heal his broken heart by deleting his memories through a quirky service that operates like your everyday exterminator. It’s a simple idea made all the more revelatory by Gondry’s surreal execution, but more importantly, it uses the two Carreys to great effect. We’re used to Carrey in strange situations, contorting his face and his body, encountering the absurd. Joel Barish is a just a guy—a sad guy, a lonely guy, a determined guy. His subconscious is another matter. In playing in the corners of Joel Barish’s mind, Gondry uses what we know of Carrey to make this world a little stranger and scarier, funnier and sweeter. He uses Carrey the actor and Carrey the star, to great effect.

It wasn’t a collaboration that flourished immediately. “It took me several weeks of work… maybe a month before he [was] interested,” Gondry said at the 2018 Television Critics Association summer press tour. “I couldn’t understand a word you said,” Carrey laughed, referring to Gondry’s French accent. But there’s also an issue of trust, and as Gondry led Carrey down this daring (and ultimately rewarding) path, the performance, and the film as a whole, grew into something special.

“Well, I mean, it’s funny, because you learn to trust somebody, and that has a lot to do with it,” Carrey said. “It’s also just it’s a matter of seeing what happened before… There were many times on Eternal Sunshine where I said, “It doesn’t make any sense at all to me.” And he said, “Well, why don’t you try? How do you know? How do you know what’s in my head?” And it was great that way.”

So when the new Showtime series Kidding came along, Carrey was interested, sure, but it wasn’t until Gondry got involved that the possibilities of the story became really tantalizing. It was a complicated little puzzle, but you learn to trust somebody, and these two trusted each other.

“Well, he, for me, was the linchpin,” Carrey said. “I was incredibly interested in the material, but when Michel came on board, I thought, “I get to go play with a teammate, and that’s really wonderful.” So it was a thrill.”

There was a learning curve with Eternal Sunshine, but “when we started to work on Kidding, it was very simple,” Gondry said.  “He would try anything out. He had no ego. You could not imagine that [with most actors], but [when it was] time for acting, he had zero ego.”

The result is children’s television host Jeff Pickles, a man who’s a bit like Joel Barish, turned ever-so-slightly inside out. Joel Barish was a quiet man with a messy, complicated emotional life, locked away inside his mind. Jeff Pickles, the protagonist of Kidding, is also a quiet man, but he’s not looking to delete, move on, or lock away his trauma. He wants to send it into the world, to marry his imagination and his grief and his gentleness and use them to make something that can speak to others. Barish processes his heartbreak by trying to run. Pickles processes his by trying, as best he can, to share it with the world.

It would be easy to try to describe Kidding as Mr. Rogers meets Breaking Bad, but that’s not at all accurate. “To me,” said Dave Holstein, the show’s creator, “it was less about finding a character whose journey was a nervous breakdown and more about… and actually trying to find the journey of somebody who didn’t want to break bad but wanted to stay good. So to me it was about finding someone who had a crisis of faith but really wanted to preserve their goodness in a world that was populated by all the dark edges of premium cable but not the character himself.”

Carrey said the creation of Kidding’s world was highly collaborative, and it shows—the performance seems inextricable from the visual world, the family relationships from the children’s programming, the darkness from the light, the trauma from the tenderness. There’s a danger to anyone hanging on by a very fine thread, but there’s always been a danger to Carrey. There’s a gentleness to a man who wants nothing more but to make the world better for everyone, but there’s always been something gentle to Carrey. Gondry knows how to make the most of an artist who has been many things, but at the end of the day, is best when all those pieces come together, or fall apart, leaving behind something more vulnerable, messy, sincere, and strange.

“The contrast between this world [of Mr. Pickles’ Puppet Time] and the reality was what helped me [unlock the] premise,” said Gondry of the show’s visual world. “So you have Jim in the show, the “Mr. Pickles Show,” and then you have reality. And first, that’s the same character. It’s like a balloon texture, and you stretch it. There are little cracks, and you stretch more and more, and the cracks are more there are more cracks, and they are bigger, and eventually, it’s mostly holes. And I think the show is about these holes that we I had to present.”

Maybe the gaps between personas are where we’re most likely to find truth in our stories, and in ourselves. It’s where, with Eternal Sunshine, Michel Gondry first found Jim Carrey’s best performance. And with Kidding, he’s found another.

Don’t miss Kidding, Sundays at 10pm, only on Showtime.  The series premiere is available to watch for free now.