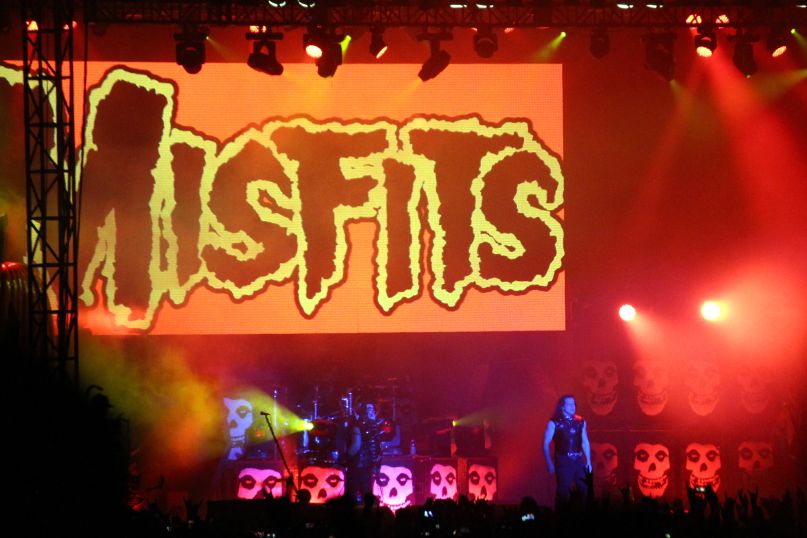 It was a little over two years ago that the classic Misfits lineup of Glenn Danzig, Jerry Only and Doyle Wolfgang Von Frankenstein reunited at Riot Fest in Denver to play their first show in more than 30 years. However, including that gig, the band has only played a total of five shows, with the last being a May 2018 concert in New Jersey.

Now, it appears the classic Misfits, whose live lineup has been rounded out by ex-Slayer drummer Dave Lombardo and former Joan Jett & The Blackhearts member Acey Slade on second guitar, will be playing Chicago some time in the near future.


The tease comes from the Live Nation Chicago twitter account, with the words “All Hell’s Gonna Break Loose,” referring the Misfits song “All Hell Breaks Loose” from their classic album Walk Among Us.

Thus far, no date or venue has been announced, but Danzig does have a series of dates with his eponymous band scheduled from October 23rd through November 3rd, so it would be likely that the Misfits show would take place later in the year or early 2019. Tickets for the Danzig shows are available here.