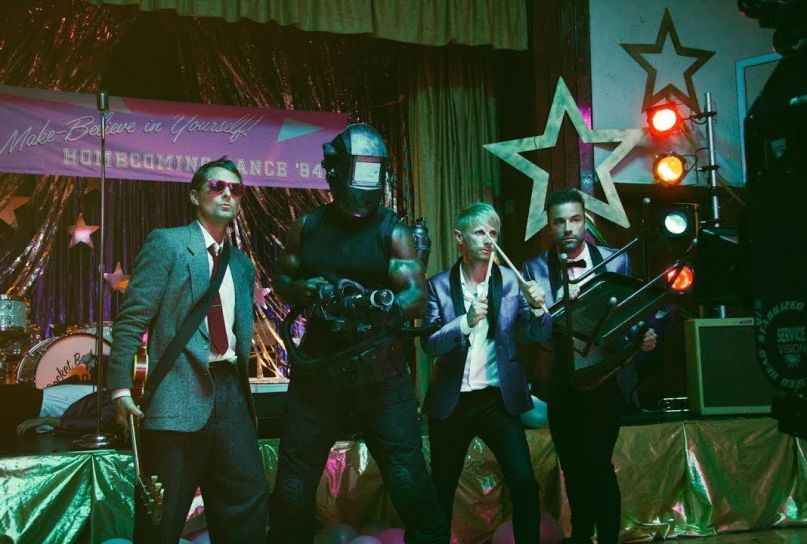 Prog-rock impresarios Muse are stringing up their guitars once again, this time for their new single “Pressure”.

Leading up to the release of their new album Simulation Theory, due out November 9th from Warner Bros. Records, “Pressure” gives us a sampling of what kind of bombast to expect from the band’s next LP. This is, of course, just the latest in a string of singles released ahead of the album. We previously heard “Thought Contagion”, “Dig Down”, “Something Human”, and “The Dark Side”.

By all measures, “Pressure” is classic Muse – driving power chords, catchy hooks, pure wall-of-sound nerd rock. The addition of horns to the song’s central riff is a novel change to their usual sonic arsenal, filling out their already robust sound even further.

The music video for “Pressure” is suitably arch to match the song’s power-pop sensibilities. The Lance Drake-directed affair is a big, silly, over-the-top ’80s throwback, featuring everything from a John Hughes-y school dance to Terry Crews zapping gremlins with a Ghostbuster-like proton pack.

Watch the retro music video for “Pressure” below.