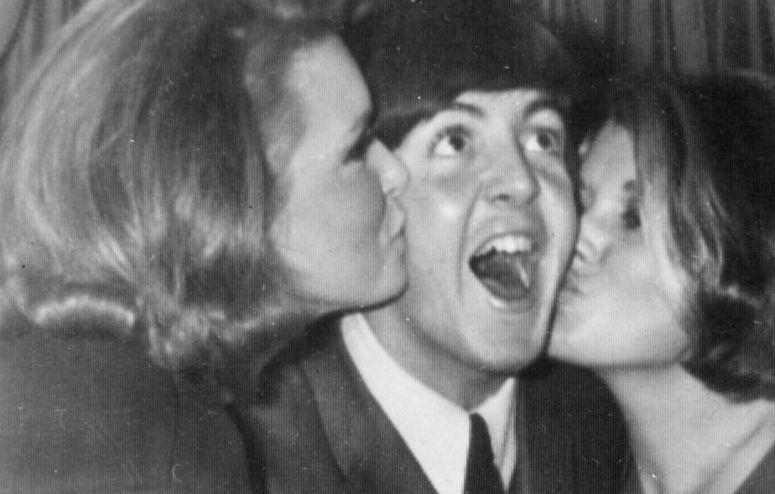 GQ has published a new profile on Paul McCartney to coincide with the release of his new album, Egypt Station, and supporting world tour. The interview, conducted by Chris Heath, runs a gamut of topics, from McCartney’s early days as an obnoxious kid killing frogs, to recent comments made by Damon Albarn about McCartney’s “abusive collaboration” with Kanye West and by Quincy Jones in which the legendary producer called The Beatles “the worst musicians in the world.”

There would be about five of them: McCartney, Lennon, and maybe three of Lennon’s friends. As they each concentrated on their mission, anyone in the group was encouraged to shout out a name that would offer relevant inspiration.

“We were just, ‘Brigitte Bardot!’ ‘Whoo!'” McCartney says, “and then everyone would thrash a bit more.”

At least until one of them—the one you would perhaps expect—opted for disruption over stimulation.

“I think it was John sort of said, ‘Winston Churchill!'” McCartney remembers, and acts out the aghast, stymied reactions.

I ask whether this ritual took place often.

“I think it was a one-off,” McCartney replies. “Or maybe it was like a two-off. It wasn’t a big thing. But, you know, it was just the kind of thing you didn’t think much of. It was just a group. Yeah, it’s quite raunchy when you think about it. There’s so many things like that from when you’re a kid that you look back on and you’re, ‘Did we do that?’ But it was good harmless fun. It didn’t hurt anyone. Not even Brigitte Bardot.”

Heath then asked about another story of Beatles lore, which asserts that 17-year-old George Harrison lost his virginity while bunking with the rest of the band, and that once he was done, his bandmates applauded.

“I think that’s true,” says McCartney carefully. “The thing is, these stories, particularly Beatles stories, they get to be legendary, and I do have to check: Wait a minute. I know we had one bed and two sets of bunks, and if one of the guys brought a girl back, they could just be in the bed with a blanket over them, and you wouldn’t really notice much except a little bit of movement. I don’t know whether that was George losing his virginity—it might have been. I mean, I think in the end this was one of the strengths of the Beatles, this enforced closeness which I always liken to army buddies. Because you’re all in the same barracks. We were always very close and on top of each other, which meant you could totally read each other.”

And was he okay with that?

“Yeah, he was fine. So I think maybe John experienced a bit more of that than I did. Tell you the truth, I just didn’t fancy it, that kind of thing. Someone else’s wife? I definitely wouldn’t want the husband to know. You know, that seems sensible to me. Am I too sensible? I don’t know. Mine wasn’t particularly crazy but it was a lot of fun. And there was a lot of it. So that was good enough for me.”

To McCartney, all of these intimate experiences had a positive effect on The Beatles: “In music, it made us a very tight band, but as friends it made us able to read each other,” he explained.

You can read the full profile here.