PJ Harvey to score new theatrical production of All About Eve

Based on the 1950 Oscar favorite of the same name 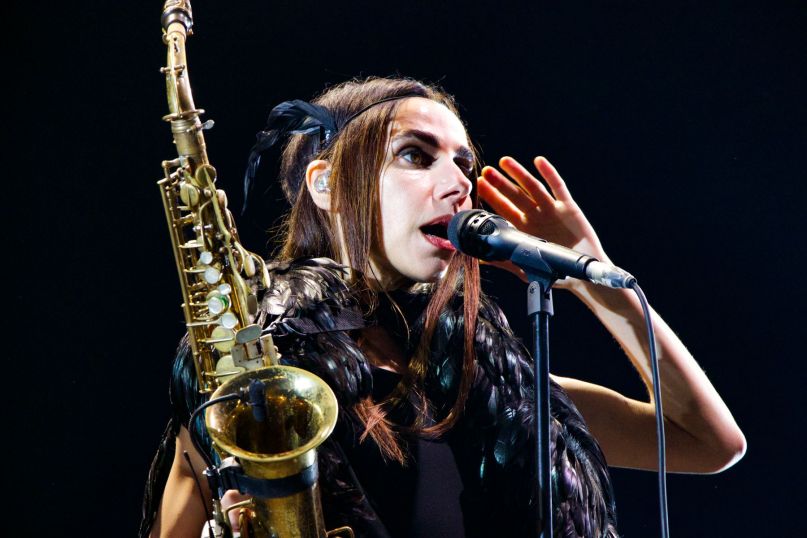 All About Eve, a 1950 drama written and directed by Joseph L. Mankiewicz, is the only film in the history of the Oscars to earn four female acting nominations. Based on the Cosmopolitan short story “The Wisdom of Eve” by Mary Orr, it told the story of an “ingenue [who] insinuates herself into the company of an established but aging stage actress and her circle of theater friends.” It famously starred Bette Davis, Anne Baxter, Celeste Holm, Thelma Ritter, Marilyn Monroe in one of her earliest roles, and George Sanders.

The film went on to become the basis of the 1970 hit Broadway musical Applause, which starred Lauren Bacall and won the Tony Award for Best Musical. Now, the movie is being adapted once again for a new theatrical production also titled All About Eve, and it will feature a score from the one and only PJ Harvey.

The new adaptation will premiere at London’s Noël Coward Theatre next year, where it’s set to run from February 2nd to May 11th. It will be helmed by Belgian theatre director Ivo Van Hove, who in the past has also headed up productions based on original works by Ingmar Bergman and John Cassavetes. Gillian Anderson and Lily James have already been cast.

Tickets will go on general sale this Friday, September 28th.

Harvey’s last album, The Hope Six Demolition Project, came out in 2016. She previously did scoring work on Ian Rickson’s theatrical production of The Nest, which was staged in Belfast and London in 2014, as Stereogum points out.