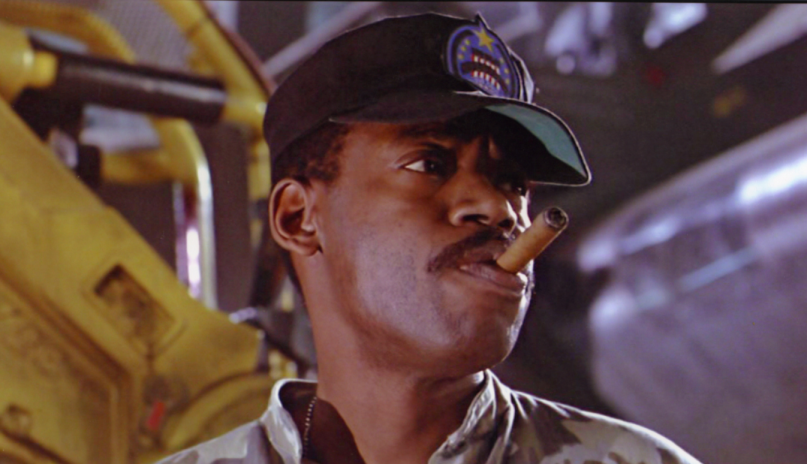 Al Matthews, character actor who portrayed the cigar-smoking Sgt. Apone in James Cameron’s Aliens, has died at the age of 75. According to The Hollywood Reporter, a neighbor found his body at his home on Spain’s Mediterranean coast this past Saturday.

Born on November 21, 1942 in Brooklyn, New York, Matthews began singing with various street-corner groups in his teens, eventually finding a place among the Greenwich Village folk scene. He was no doubt influenced by his great uncle, the legendary Cab Calloway.

During the Vietnam War, Matthews spent six years in the United States Marine Corps, earning 13 combat awards, including two purple hearts. He became the first black Marine in the 1st Marine Division in Vietnam to be promoted to the rank of sergeant.

Following the war, Matthews moved overseas to Europe, working as a folk singer and scoring a hit with the Pierre Tubbs-written “Fool”, which reached No. 16 on the UK Singles Chart. By 1978, he became the first black disc jockey to join Radio 1 in Britain.

Throughout the ’80s, Matthews made a name for himself in film, television, and theater, appearing in 1980’s Rough Cut, 1981’s Omen III: The Final Conflict, 1983’s Superman III, and eventually 1986’s Aliens. As Sgt. Apone, Matthews became a cult hero, thanks to his Marine background, which became paramount in the behind-the-scenes training for blockbuster sequel and much of his delivery.

Years later, Matthews would go on to star in both 1997’s The Fifth Element and 1997’s Tomorrow Never Dies. In 2013, he reprised his iconic role as Apone for the 2013 canonical video game, Aliens: Colonel Marines.