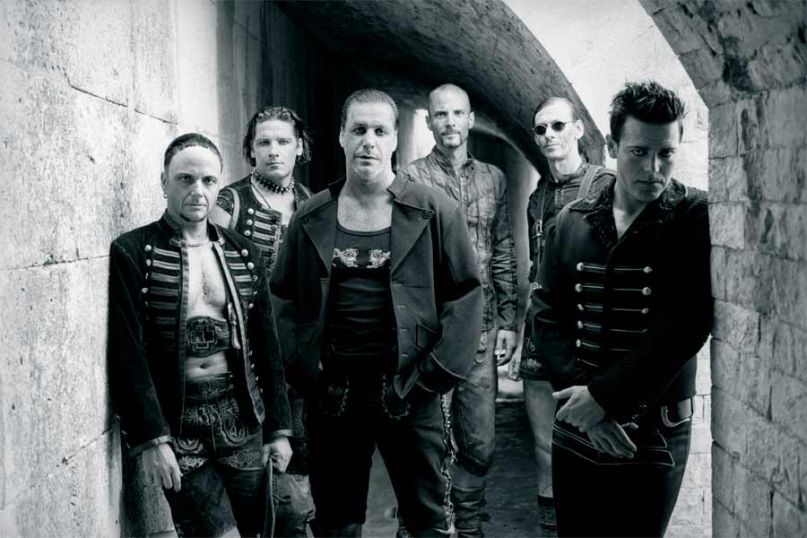 In a new tweet, the band writes, “Almost done! Orchestra and choir recordings in Minsk for album No. 7!” The post also includes photos of what appears to be singer Till Lindemann leading an orchestra in one picture and a choir in the other.

Last year, guitarist Richard Kruspe talked a bit about the new album in an interview with Resurrection Fest (via Blabbermouth). “I was very skeptical to go back with Rammstein into the studio, because last time we almost broke up because of making a record,” said Kruspe. “So it’s just always very, very stressful and painful. And I think going through that experience, I was a little nervous about that. And we came up with a deal, or an agreement. We said that we wanna go back and only record maybe five songs, to not put any pressure on us.”

He added, “We started, like, two years ago, and I can say just playing with the guys, for some reason, it was very natural and I had a lot of fun,” he continued. “And since then, we’ve just created around 28 ideas — I wouldn’t say songs, but ideas. And somehow we managed to move back to the beginning of the world of Rammstein where we, basically, are very emotional and very enthusiastic about writing again.”

At this point, Rammstein’s new album is likely to come out in 2019, which will make it 10 years between albums. In the meantime, the band is scheduled to perform two New Year’s shows Puerto Vallarta, Mexico, on December 31st and January 2nd.