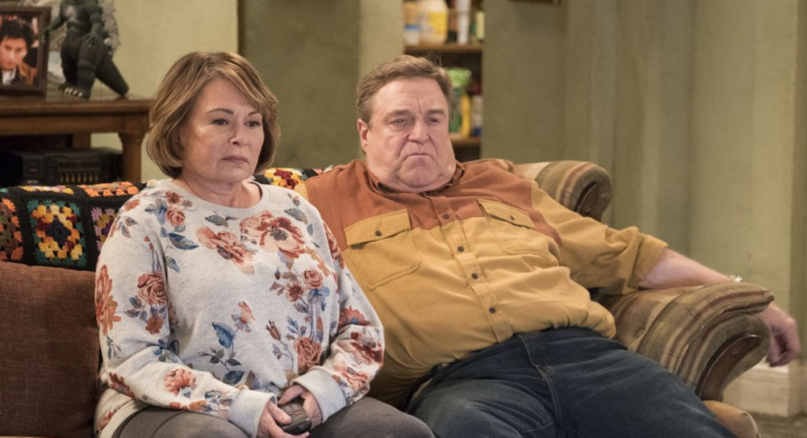 John Goodman revealed late last month that his sitcom wife Roseanne will be killed off on the ABC spinoff The Conners. Of course, in real life, Roseanne Barr was infamously fired from her own Roseanne reboot after racist remarks she made on Twitter essentially put the nail in her career’s coffin. Now, the actress/comedian has revealed how she thinks the studio may go about putting the nail in her character’s coffin, as well.

At the end of what became Roseanne’s final season, the title character began taking pain pills after suffering a knee injury. The intent was to set up an addiction storyline for the next season, but now it looks as if that may lead Roseanne to “die of an opioid overdose.”

“I wanted to show it in the show,” Barr during an appearance on conservative activist Brandon Straka’s YouTube show Walk Away. “But I was never going to have Roseanne die of an opioid overdose. It’s so cynical and horrible. She should have died as a hero or not at all.”

Since Barr has no connection to The Conners, this should be seen as a rumor for now. We’ll find out for sure how the character is written out of the show when it premieres October 16th at 8p.m. on ABC. Watch the short teaser trailer below.

Update – October 16th: In its review of the season premiere, Variety confirms Roseanne’s death is indeed the result of an opioid overdose.