"One courthouse. Told week by week." 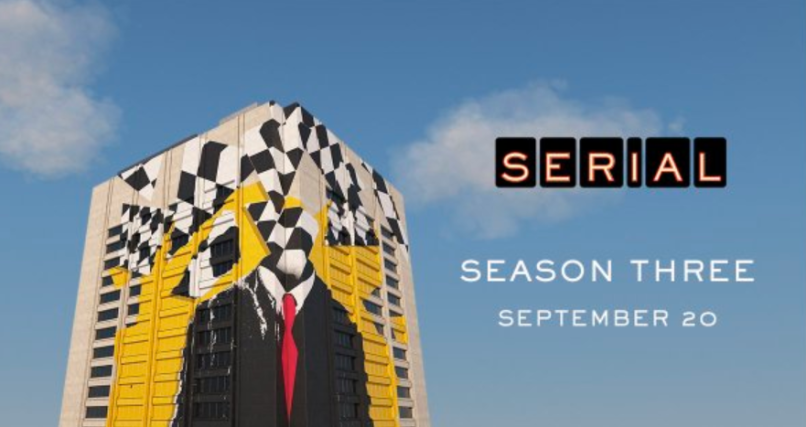 The series, hosted by Sarah Koenig, launched in 2014, telling the story of the 2000 conviction of Adnan Syded for the murder of his girlfriend. (The renewed attention on the case led Syded to be granted a retrial.) Season followed in 2015, documenting the allegations levied against Bowe Bergdahl, a U.S. soldier who was accused of deserting his post and who was subsequently captured by the Taliban.

Now, for season three, Koenig is heading to Cleveland, Ohio to examine America’s criminal justice system. This time, however, rather than focusing on one single high-profile story, Serial will spotlight ordinary cases as they wind through Cleveland’s court system, according to NBC News.

Koenig and fellow reporter Emmanuel Dzotsi spent more than a year in Cleveland, covering a wide array of court cases, from drug possession and disorderly conduct to more serious felonies. Producers said they chose Cleveland due to the immense access they were given to record inside courtrooms, judges’ chambers, hallways, and attorneys’ offices.

“Every case Emmanuel and I followed, there came a point where we thought: No, this can’t be how it works,” Koenig said in a statement. “And then we were like, Oh! Oh my god. This is how it works! This is how it happens! People who work in the system, or have been through the system, they know this. But millions more people do not. And for the past year I’ve had this urgent feeling of wanting to kind of hold open the courthouse door, and wave people inside. Because things are happening — shocking things, fascinating things — in plain sight.”

The first two episodes of Serial season three premiere September 20th, with subsequent episodes released every Thursday. Listen to a trailer below.

This season, we’re tackling the whole criminal justice system. Hear the trailer and subscribe today to get the first episode the moment it drops. https://t.co/TscuRSdBuO pic.twitter.com/YdyDeggnaK