Sharon Osbourne tells AEG boss to “bite … our assholes”, opens up on sex life with Ozzy

In an open letter, Sharon tells the concert promoter, "See ya, loser!" 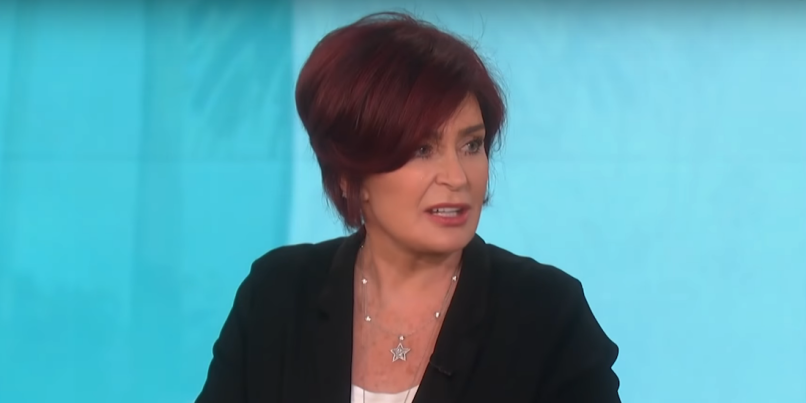 Well, so much for that lawsuit that Sharon and Ozzy Osbourne brought against concert promoter AEG being old news. Sharon has just penned an open letter telling AEG boss Philip Anschutz, “Ozzy and I have got something nice for you [to] bite on … our assholes … see ya loser!”

Let’s quickly recap: Ozzy and Sharon sued AEG earlier this year, claiming the concert promoter was requiring Ozzy to play the Staples Center in L.A. if he played the O2 Arena in London. Last week, AEG announced it was halting the block-booking policy, explaining that it was in response to rival promoter Azoff-MSG entertainment, which had just ended similar policy that involved Madison Square Garden in New York and The Forum in Los Angeles.

Upon that news, the Osbournes dropped their lawsuit this past Friday, but apparently, AEG’s statement on the matter irked Sharon to the point that she verbally destroyed the company and Anschutz in an open letter, which reads as follows:

We know Mr. Anshultz [sic] (aka “Daddy Big Bucks”) is living in his billionaire bubble, but the fact is that Ozzy sued AEG for the right to perform at the O2 in London. We won the case and Ozzy’s show at the O2 went on sale on September 5 for a show next year (February 11, 2019)–so in my world that means we won the case. Ozzy is playing the O2 without having to play the Staples Center, which is all that mattered to us. From the start of this dialogue in February, this has been a battle about respect for the artists and their personal preferences. It wasn’t then and isn’t now a battle between promoters, which is how this is being portrayed by the recent statement from AEG claiming this as a “victory.”

To say that this “suit was instigated by Azoff and paid for by MSG and Live Nation,” and that “it was hatched on the back of an artist who we believe had no idea what he was biting off,” is untrue and disrespectful to Ozzy, myself and the entire team working on this tour. Whatever differences you have with Irving Azoff, don’t presume you know who instigated the lawsuit or you know anything about Ozzy Osbourne, because you obviously don’t know anything about Ozzy’s history or mine. So stop with your hubbildy, bubbuldy BULLSHIT and your little pissing contest with Live Nation and MSG.

Regarding the allegations in the AEG statement that this “suit was a transparent public relations ploy,” if that was indeed the case, why then did AEG rush out a statement of victory? While we, throughout this process, until now have only made one statement around the initial filing.

Ozzy’s preference was to perform at The Forum, a venue that has been a part of his music history for more than 46 years. From the start, this was not a battle solely for Ozzy, as much as one for other artists who were being forced to abide by these rules and regulations. Let’s not all forget why you’re here … the artists.

The only thing remotely interesting in your statement was your pitiful attempt at humor with your quote that Ozzy “had no idea what he was biting off.” If you’re interested, Ozzy and I have got something nice for you [to] bite on … our assholes … see ya loser!

Meanwhile, in other news, Sharon opened up about her sex life with Ozzy on her show The Talk yesterday, saying it’s a “bone of contention” in her household. “He’s got a problem,” Sharon said of Ozzy. “He’s like a rabbit and I’m like, you know, birthdays, Christmas, at this point in my life. Special occasions. It’s Thanksgiving! Why not? But I mean special occasions.”

She then referenced Ozzy’s recent extramarital affairs, saying, “No wonder he fiddles other people,” but then adding, “He doesn’t [anymore]. He’s a good boy. He doesn’t.” See the segment in the video below.