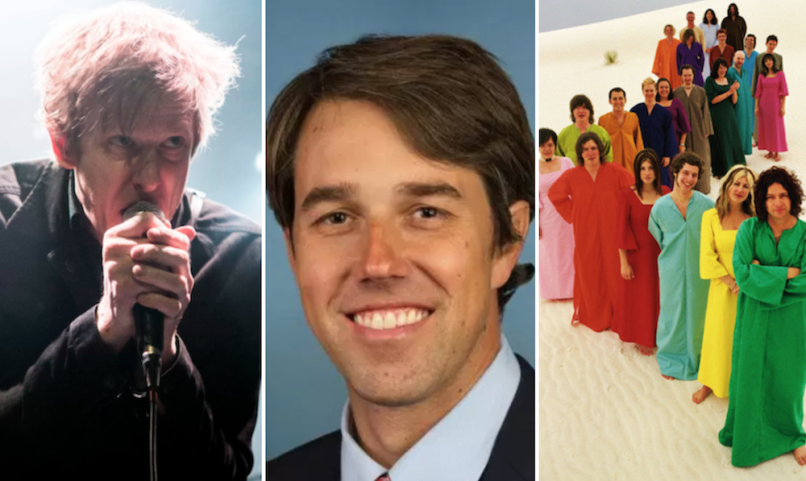 The Texas GOP recently tried to mock Ted Cruz’s Democratic opponent for Senator, Beto O’Rourke, for once being in a punk band with Mars Volta/At the Drive-In’s Cedric Bixler-Zavala. Let’s see what kind of snooty remarks they come up with when they see the bill for the inaugural Buffalo Tree Festival, which features Beto scheduled alongside some top indie talent.

Presented by The Homegrown Festival alongside The Polyphonic Spree’s Dylan Silvers and The Dallas County Democratic Party, Buffalo Tree is scheduled for October 7th at Dallas, Texas’ Main Street Garden. On the music side of things, Silvers’ band will perform alongside Spoon, The Polyphonic Spree, Sarah Jaffe, The Tontons, Bobby Sessions, and others. At the Drive-In off-shoot SPARTA are on the bill as well, an interesting booking just two steps away from O’Rourke’s own short lived musical career.

More artists and speakers are expected to be announced in the coming weeks. Tickets are just $10, and free for anyone under 18. Find tickets and more info at the festival’s website.