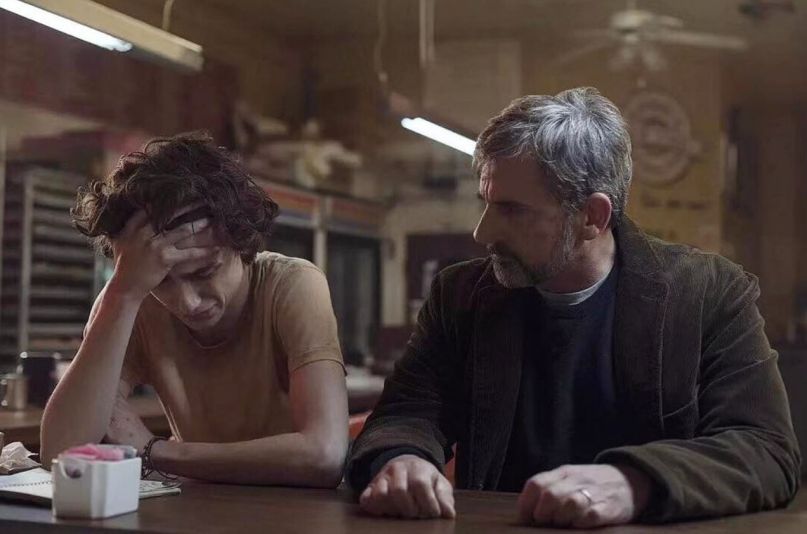 With Oscar season beginning to rear its starry-eyed head, Amazon Studios is hoping for some early awards buzz for Beautiful Boy, their upcoming indie drama starring Steve Carell and Timothée Chalamet, showing off the pair’s considerable talents in a new trailer.

Directed by Felix van Groeningen (Broken Circle Breakdown), Beautiful Boy adapts Nic Sheff’s memoir of the same name into a sensitive awards-season tearjerker, telling Sheff’s (played by Chalamet) true-life story of meth addiction and the efforts of his father (Carell) to help him through. The trailer puts the two actors front and center, with clips of anguished outbursts amidst heartfelt moments of tenderness. “I had such grand plans,” Carell’s concerned dad says in the trailer. “He’d graduate from college, do something amazing. And now I just want him to not die.”

Beautiful Boy recently premiered at the Toronto International Film Festival last month to enthusiastic praise, and no small amount of awards buzz for Chalamet, Carell and Maura Tierney, who also co-stars as Chalamet’s stepmother. The two leads are no stranger to Best Actor Oscars consideration, either; Carell was nominated for 2014’s Foxcatcher, while Chalamet is fresh off a nod for last year’s Call Me By Your Name.