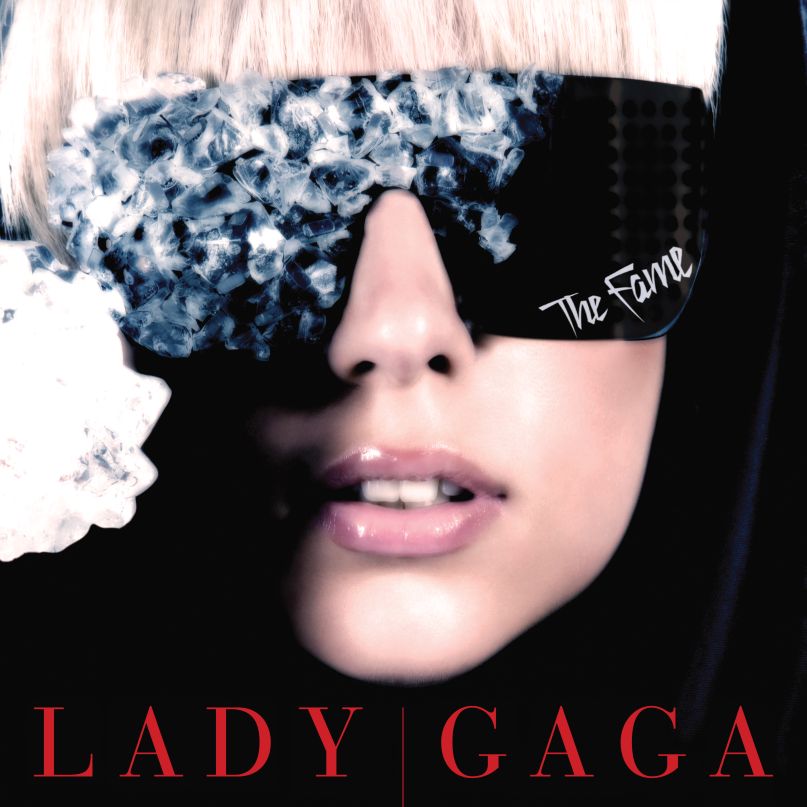 In one of the first shots of the 2017 documentary Gaga: Five Foot Two, Lady Gaga is wearing sweatpants. There’s nothing revolutionary about sweatpants, of course — nothing shocking or provocative — and nobody would be surprised that Lady Gaga was filmed wearing sweatpants in 2017, except perhaps Lady Gaga in 2008.

By the time the woman born Stefani Germanotta had hit upon her stage name, her style was already outlandish. In 2007, she performed at Lollapalooza in a homemade bra made out of disco balls. In 2008, after the release of her debut album, The Fame, she wore a white bubble dress with crystalline growths shooting out the sides. In 2009, the year before the infamous meat dress (made out of real raw meat), Lady Gaga swore to The Independent that she would never be caught in sweatpants. “That’s a very dangerous precedent, and it’s not fair to my fans. They don’t want to see me that way just like I don’t want to see [David] Bowie in a tracksuit. He never let anyone see him that way. The outlet for my work is not just the music and the videos; it’s every breathing moment of my life. I’m always saying something about art and music and fame. That’s why you don’t ever catch me in sweatpants.”

Less than a decade later, cue sweatpants for the official Gaga film. These behind-the-scenes documentaries promise more access (although it tends to be a very filtered access). But Five Foot Two succeeds more than most promotional films, not because Lady Gaga is actually more honest than the average pop star, but because she used to be so much more guarded. At the start of her career, Lady Gaga wasn’t a person so much as an act of performance art. She didn’t wear outfits; she dressed up in costumes. She didn’t answer interview questions; she performed a role.

Early in Five Foot Two, dressed down and light on makeup, she says, “I’ve never felt comfortable to sing and just be this way. To just sing or wear my hair back. I never felt pretty enough or smart enough or a good enough musician. I didn’t feel good enough, and I do now.”

Part of that, surely, is that her dreams came true. She became one of the most famous musicians in the world and made enough money to keep herself and her family in comfort for generations. She can afford to take off the mask. But now, on the tenth anniversary of her world-conquering debut album, it’s worth reflecting on that mask. Because while Stefani Germanotta had the talent to make a career in music, Stefani Germanotta could never sell out arenas or book the Super Bowl Halftime Show. To do all that, she had to become Lady Gaga. It wasn’t easy. Not everyone could follow in her footsteps. But we can at least study her choices and learn a little bit about how one talented person rose above a crowd of talented people to become a superstar.

Stefani Germanotta was born in Manhattan, New York, in 1986, and by the age of four, she was learning piano. She told The Telegraph, “I was classically trained as a pianist, and that innately teaches you how to write a pop song, because when you learn Bach inversions, it has the same sort of modulations between the chords. It’s all about tension and release.”

So far, so typical. Pop stars tend to start young, and they almost always have parents that fall somewhere between “extremely involved” and “psychopathically obsessed.” The Germanottas were extremely involved. By 14, mom Cynthia was taking Stefani to play jazz clubs.

“They would have open mic nights, so my mother would take me along and say, ‘My daughter’s very young, but she’s very talented. I’ll sit with her as she plays.’”

A precocious student, Germanotta entered college at age 17 at the NYU Tisch School of the Arts. And it is here that the classicism of her parents was first challenged. She said she wrote a “crazy thesis, like 80 pages on Spencer Tunick and Damien Hirst, great pop artists.” Spencer Tunick is a photographer famous for organizing large-scale nude shoots. He has said, “My work’s an attempt to challenge notions about nudity in a public space and how the body is represented in our culture. When you see 300 people naked in Grand Central Station, or a river of flesh flowing through the beauty aisles of Selfridges department store, it makes you think about all sorts of social and political issues.” Damien Hirst is a pop sculptor whose works are often about life, death, and money, as in his famous skull made out of diamonds and real human teeth. Both artists used controversy to achieve greater recognition, and both have had detractors insist that their work is superficial — but then, what artist hasn’t?

Still, Germanotta’s performances during this time were conventional. Here she is with original compositions at NYU, and she seems much more influenced by Norah Jones and showtunes than by Tunick and Hirst.

In her sophomore year, Germanotta dropped out of school to pursue her music career. Quickly, she discovered that audiences in bars and nightclubs were less attentive than college art students. Many musicians encounter this challenge. Not all of them are so committed to overcoming it.

As she recalls, “There was this one night where I had had a couple of drinks. I had new material, and I had on this amazing outfit. So I sat down, cleared my throat, and waited for everyone to go quiet. It was a bunch of frat kids from the West Village, and I couldn’t get them to shut up. I didn’t want to start singing while they were talking, so I got undressed. There I was sitting at the piano in my underwear. So they shut up.

“That’s when I made a real decision about the kind of pop artist that I wanted to be.”

Germanotta moved her sets to burlesque clubs. “My father couldn’t look at me for months.” With friend and collaborator Lady Starlight, she performed a heavy metal strip act. “I was onstage in a thong, with a fringe hanging over my ass thinking that had covered it, lighting hairsprays on fire, go-go dancing to Black Sabbath, and singing songs about oral sex. The kids would scream and cheer, and then we’d all go grab a beer. It represented freedom to me. I went to a Catholic school, but it was on the New York underground that I found myself.”

In 2005, she was both signed and dropped by Def Jam. Sometime around 2006 she ceased to be Stefani Germanotta and transformed into Lady Gaga. And while seemingly half the people who knew her at the time have claimed credit for her name, all agree it was taken from the Queen song “Radio Ga Ga”.

It is around this time that she began to work out her public persona — the mask that would catapult her to fame, the mask that she would be afraid to remove for almost a decade. She has cited Queen and David Bowie as influences, and — their later feud notwithstanding — she was clearly indebted to Madonna. But there were two great Gaga innovations: First, she discussed pop music as if it were high art, and second, she talked as if she were already famous.

From the grunge period through the second Bush administration, it was fashionable for celebrities to talk about fame as something that had happened by accident. Gaga changed that by becoming a student of fame. She read up on Andy Warhol (“In the future everyone will be famous for 15 minutes”) and later created Candy Warhol, her first alter ego. She said, “My ideas about fame and art are not brand new. We could watch Paris Is Burning (Jennie Livingston’s 1990 documentary about New York drag artists), we could read The Warhol Diaries, we could go to a party in New York in 1973, and these same things would be being talked about. I guess you could say that I’m a bit of a Warholian copycat. Some people say everything has been done before, and to an extent they are right. I think the trick is to honor your vision and reference and put together things that have never been put together before. I like to be unpredictable, and I think it’s very unpredictable to promote pop music as a highbrow medium.”

She’d been working on her music skills since the time she could reach a piano. Now, with her name and persona in place, she was almost ready for the biggest stages in the world. In 2007, Lady Gaga was signed to Interscope Records. She began as a ghostwriter for The Pussycat Dolls and Britney Spears and was booked at one of the smaller stages at Lollapalooza where she showed off her disco-ball bra. In 2008, “Just Dance” debuted on the back half of the Hot 100 and looked like a minor hit. She went on tour opening for The Pussycat Dolls. In September of that year, “Poker Face” debuted at 92 on the Hot 100 while “Just Dance” refused to fade.

In London, in January of 2009, she told the only reporter who asked for an interview, “I’ve always been famous — you just didn’t know it yet!” Soon there were more interview requests. She was so unusual, and so extremely quotable, that the stories almost wrote themselves. By the end of 2009, both “Just Dance,” and “Poker Face” had reached #1 in multiple countries. “Poker Face” was the most popular song of the year worldwide and remains one of the best-selling singles of all time.

They say dress for the job you want, and Lady Gaga showed up dressed as the alien lovechild of Madonna and Ziggy Stardust. The woman born Stefani Germanotta studied her predecessors from head to toe. Her persona was forged in burlesque clubs and through careful consideration of The Warhol Diaries. Lady Gaga is pop’s self-made woman. She kept saying she was a superstar until everyone believed her.