Listen to the band's fourth double-sided release of 2018 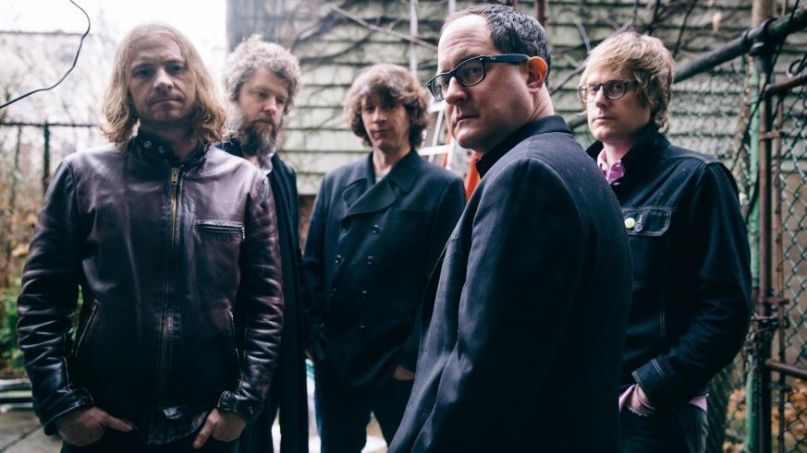 While it’s been four years since bar-rock impresarios The Hold Steady put out their last album Teeth Dreams, they’ve been cranking out a steady stream of double-A-sided singles in the interim. Now, their latest pair of crowd-pleasing head-bobbers have arrived in the form of “Confusion In The Marketplace” and “T-Shirt Tux.”

Already in 2018, The Hold Steady have thrown out three pairs of singles: “Entitlement Crew” b/w “A Snake In The Shower”, “Eureka” b/w “Esther”, and “The Stove & The Toaster” b/w “Star 18”. Now, with “Confusion” and “T-Shirt” (produced in the same sessions as their previous single), Craig Finn and company have come back with two raucous bar anthems that are hard to get out of your head.

Most notable about these singles is the fact that they’re whole-band sections, which captures the infectious energy of the entire group at once. This includes recently-returning pianist Franz Nicolay, whose energetic trills pair excellently with the celebratory horn riffs added to the band’s sound.

Stream the new singles below.

“Confusion in the Marketplace” b/w “T-Shirt Tux” is available to purchase via Bandcamp.

All these singles are being released leading up to a series of shows they’ll perform at the Horseshoe Tavern in Toronto, including a full-album concert of their seminal effort Stay Positive on its tenth anniversary. Proceeds will go to benefit the family of Hold Steady fan guru “Jersey” Mike Van Jura, who tragically passed away at 36.