The Lemon Twigs perform “Small Victories” and “The Fire” on Kimmel: Watch

In support of Go to School, the band's recent concept album about a chimpanzee 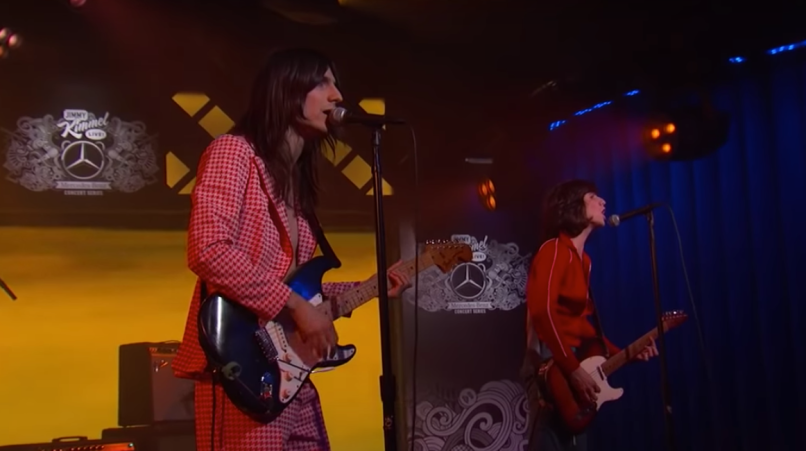 The Lemon Twigs on Kimmel

Last month, The Lemon Twigs returned with a new album called Go to School. As brothers Brian and Michael D’Addario detailed in a track-by-track breakdown for Consequence of Sound, the concept record follows the story of a chimpanzee named Shane.

The Long Island-bred rock outfit supported the LP on Tuesday night with an appearance on Jimmy Kimmel Live. The duo unfurled the album track “Small Victories” as well as “The Fire” as a web exclusive. Replay bother performances below.