Featuring unreleased tracks, outtakes, and live recordings that go back to the beginning 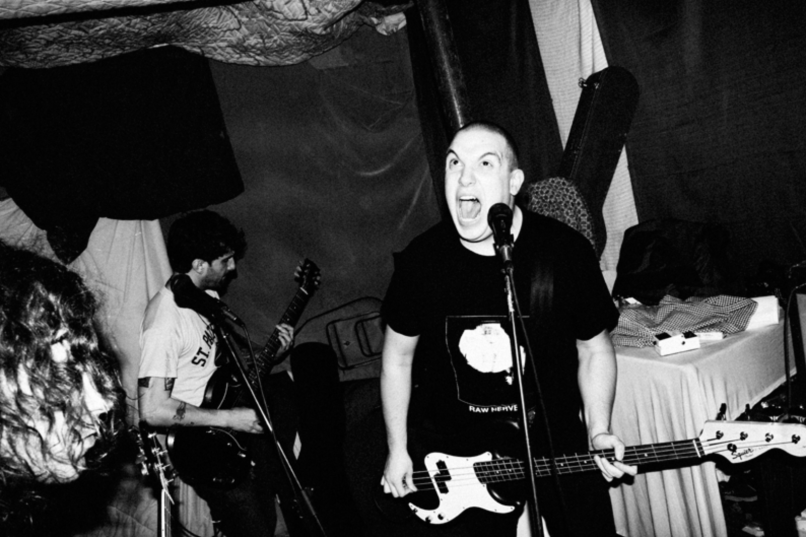 The Men, photo by Jimmy Fontaine

The Men have always had a workmanlike ethic when it comes to making music. For over a decade, the New York rockers have evolved from one genre to the next, whether it’s country or post-punk or noise rock or simple barroom rock. Now, they’re ready to show their fans how it all began with a compilation of their earliest recordings that they’ve dubbed, Hated: 2008-2011, due out November 9th via Sacred Bones.

As the title suggests, the forthcoming collection connects the dots on a number of recordings spanning between 2008-2011. From their original spray-painted debut demo tape to their split with Nomos, to their 7″ and 12″ EP, to their handful of unreleased demos, outtakes, and live recordings, this sucker has everything you need to get a clear and succinct portrait of how this outfit came to be.

In anticipation, they’ve shared a special video set to their track, “Ailment”, which features unseen, original 16mm footage captured by indie filmmaker Ryan Marino from his travels throughout the USA in 2009. “I remember the exact moment when ‘Ailment’ came together,” The Men’s Mark Perro says. “We kept talking about one riff just going on forever, and that’s what that song is.”

Catch the video below and the tracklist shortly after. Earlier this year, The Men released their seventh studio album, Drift.