Ticketmaster is operating its own secret ticket scalper program: Report 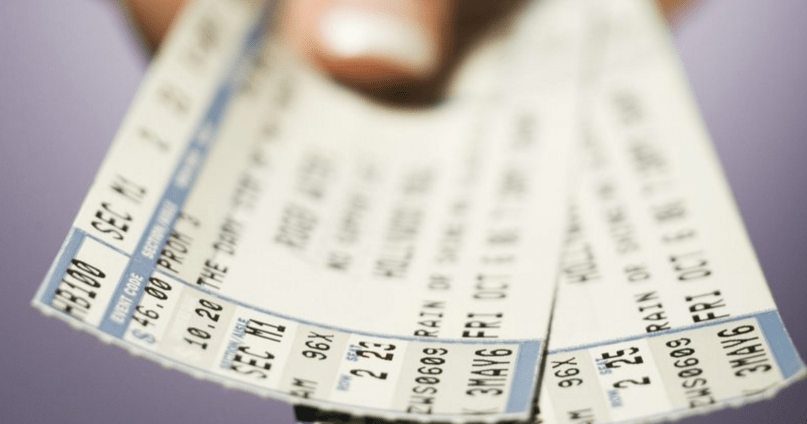 On paper, Ticketmaster has long opposed ticket scalping. In the terms and conditions on its website, the Live Nation subsidiary clearly indicates ticket limits for buyers, and the company even has gone so far as to sue online ticket brokers like Prestige Entertainment for allegedly using bot software. In an interesting turn of events, however, it appears that Ticketmaster has had its own pockets in the scalping business all along.

In an investigative report, CBC and Toronto Star uncovered evidence that Ticketmaster has been operating its own secret scalping scheme. Both Canadian outlets sent journalists posing as scalpers to the Ticket Summit industry conference held in Las Vegas back in July. It was there that the two were allegedly approached by Ticketmaster and briefed on the company’s seedy reselling scheme.

The scam sees scalpers purchasing tickets from Ticketmaster, then reselling them at a higher price on Ticketmaster’s own secondary market platform TradeDesk. Under this scenario, Ticketmaster successfully inflates ticket prices and successfully profits not once, but twice — first on the fees of the initial ticket sale to scalpers, then on the fees captured during the pricier resale transactions made on TradeDesk.

According to the undercover report, not only is Ticketmaster recruiting these scalpers into its secret program, but it is also actively turning a blind eye to actions that violate the company’s own terms of service. The Toronto Star writes that scalpers face little to no consequences when it comes to the ticket buying process, such as when they initially purchase beyond the stated ticket limit:

“If we identify breaches of these limits … we reserve the right to cancel any such orders,” read Ticketmaster’s general terms and conditions. “Use of automated means to purchase tickets is strictly prohibited.”

But ticket resellers who break those rules have no reason to be concerned, the sales executive reassured. A blind eye will be turned.

“We don’t spend any time looking at your Ticketmaster.com account. I don’t care what you buy. It doesn’t matter to me,” said the Trade Desk sales executive. “There’s total separation between Ticketmaster and our division. It’s church and state … We don’t monitor that at all.”

This isn’t the first time Ticketmaster has come under fire for supposedly being in bed with scalpers. When Prestige Entertainment was sued by Ticketmaster last October, the online ticket broker shot back with counterclaims of its own. Its main argument was that Ticketmaster was itself guilty of trying to game the ticket buying system.

“However, TM fails to mention that, on information and belief, many tickets for each show of Hamilton were in fact never placed onto the primary ticket exchange, but went directly to the secondary ticket market for resale at significantly higher prices,” Prestige commented in a statement.

Ticketmaster has yet to issue a public statement, but wrote to CBC, saying “that as the world’s leading ticketing platform, representing thousands of teams, artists and venues, we believe it is our job to offer a marketplace that provides a safe and fair place for fans to shop, buy and sell tickets in both the primary and secondary markets.”

Update – September 20th: In a statement released Thursday, Ticketmaster denied the existence of such a program, but said it was launching “an internal review of our professional reseller accounts and employee practices to ensure that our policies are being upheld by all stakeholders.”

“It is categorically untrue that Ticketmaster has any program in place to enable resellers to acquire large volumes of tickets at the expense of consumers. Ticketmaster’s Seller Code of Conduct specifically prohibits resellers from purchasing tickets that exceed the posted ticket limit for an event. In addition, our policy also prohibits the creation of fictitious user accounts for the purpose of circumventing ticket limit detection in order to amass tickets intended for resale.

“A recent CBC story found that an employee of Ticketmaster’s resale division acknowledged being aware of some resellers having as many as 200 TradeDesk accounts for this purpose (TradeDesk is Ticketmaster’s professional reseller product that allows resellers to validate and distribute tickets to multiple marketplaces). We do not condone the statements made by the employee as the conduct described clearly violates our terms of service.

“The company had already begun an internal review of our professional reseller accounts and employee practices to ensure that our policies are being upheld by all stakeholders. Moving forward we will be putting additional measures in place to proactively monitor for this type of inappropriate activity.”

Below, watch uncover footage from the Las Vegas Ticket Summit: