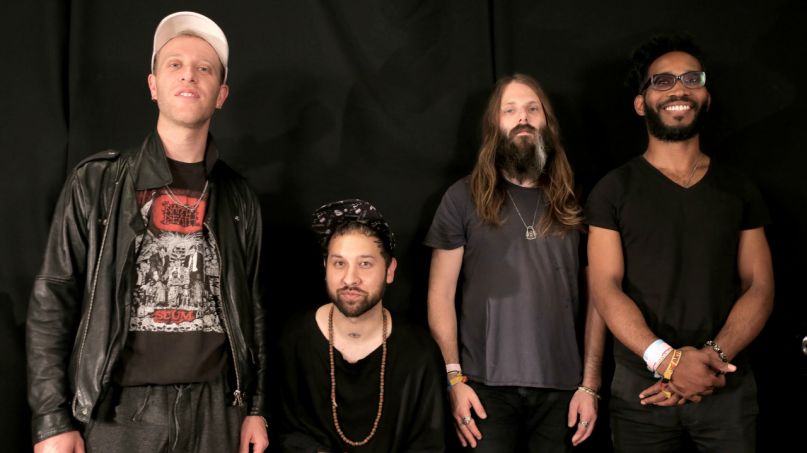 According to a press release, UMO’s latest opus is IC-01 Hanoi, a series of instrumental sessions borne of the recording process for the band’s previous album, Sex & Food (which was produced at Pha Sa Studios in, you guessed it, Hanoi). Band members Ruban Nielson and Jacob Portrait, along with Ruban’s brother Kody Nielson, threw together some impromptu sessions with Nielson patriarch Chris and local musician Minh Nguyen, resulting in the seven tracks that comprise the album.

Described as “a sonic distillation of the band’s influences in Jazz, Krautrock and the avant garde,” Hanoi is set to be an extremely exploratory record for the band, with deliberate roots in the experimental works of Miles Davis. “Hanoi 6”, the first single from the album, definitely fits along that aesthetic – the ten-minute piece is freeform sonic jazz to the core, snare drum fills snaking around plinking electric guitars and chaotic sax wails, as Vietnamese instruments like the sáo trúc drone around them.

IC-01 Hanoi is due out October 26th via Jagjaguwar. Listen to UMO’s ambient “Hanoi 6” below.