What Ever Happened to the Kids from Dazed and Confused?

From Kramer to Pickford, we check in on the Lee High grads who didn't move on to stardom 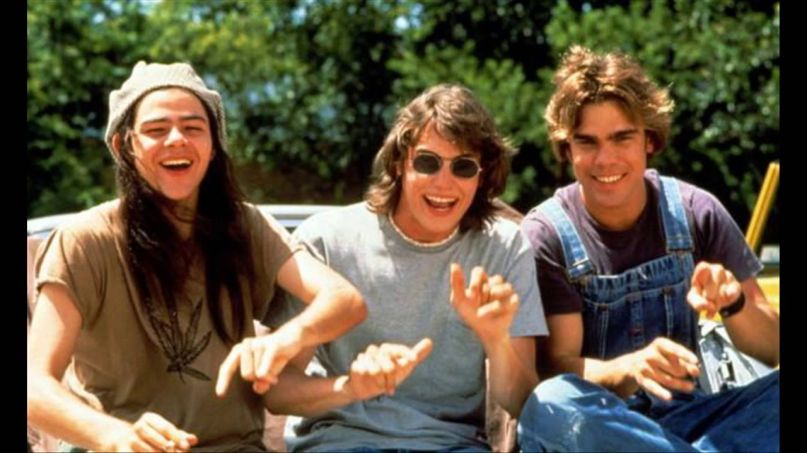 Each month, Clint Worthington’s What Ever Happened To… catches us up with some of our favorite faces from our pop-culture past.

Richard Linklater’s seminal coming-of-age stoner comedy Dazed and Confused turns 25 this week, just in case you’re not sufficiently mortified by the steady, unceasing flow of time. Like the jocks, stoners, and outsiders of Lee High School, the cast of Dazed and Confused have grown up just as much – some of them becoming huge stars, like Matthew McConaughey, Parker Posey, and Ben Affleck.

But what about the ones who didn’t quite leap to stardom? Sure, a hefty number of Dazed and Confused’s cast have gone on to win Oscars, fight zombies, or share his mom’s name with Superman. But like a lot of Linklater’s naturalistic, Austin-centric fare, Dazed thrives because of its case of largely unknowns, some of whom remained relatively unknown. For this installment of What Ever Happened to…?, we’ll look at the actors whose careers more or less peaked at Lee High School and what they may be up to now.

As freshman Mitch Kramer, Austin native Wiley Wiggins was the lanky, long-haired, sensitive heart of Dazed and Confused’s gang of underdogs. Whether he was getting ruthlessly paddled by Ben Affleck and Cole Hauser to Alice Cooper’s “No More Mr. Nice Guy” or bluffing his way through buying a six-pack at the local liquor store, Mitch was an endearing poster child for the awkwardness of teenhood. In the hectic, cliquish world of high school, most can identify with Mitch at some point in their lives.

As for Wiggins himself, he eked out a relatively modest career as an actor in a few roles, notably reprising Mitch in Linklater’s rotoscoped philosophy film Waking Life, where he appeared in one of the segments.

“How many times have you gotten laid strictly because you’re a football player?” Jason London asks of Sasha Jenson’s feathered-haired horndog Don Dawson, the guy who hits on teachers and asks degraded freshmen girls whether they “spit or swallow” during some hazing rituals that don’t age particularly well. (At least Slater calls it out, even if half-heartedly). Still, it’s hard to say no to those baby blues, and damn those overalls.

Like a lot of people on this list, Dazed is probably the role Jenson’s most known for, but he’s made more than a few appearances on film and television in the years surrounding the film’s release. He showed up on episodes of Buffy the Vampire Slayer and NYPD Blue. He also comes from old-school acting stock – his father is the late, great Roy Jenson, a venerated character actor who was in everything from Red Dawn to Chinatown.

Last Seen: Dazed and Confused (her only acting credit)

Queen of the approachable high school girls in Dazed and Confused is sophomore Julie Simms, who takes an instant liking to Mitch Kramer when they first meet at the Emporium. She doesn’t get nearly the exposure as other fan favorites like Parker Posey’s Darla Marks or Joey Lauren Adams’ Simone Kerr, but the sweet girl-next-door type makes a strong impression as the most grounded of the girls, especially when she helps brighten Mitch’s day after his brutal whupping by O’Bannion and crew.

Morris, another Austin native like Wiggins, sports Dazed and Confused as her only acting credit to date – she was an uncredited casting assistant in the role, working on it for six months until she was simply cast as Julie. Nowadays, she’s a romance novelist, with a bevy of books for sale on Amazon.

Last Seen: a 1997 episode of The Wonderful World of Disney

Of the many fluctuating character romances in Dazed and Confused, one of the most unabashedly sweet examples is the super-shy flirtation between Anthony Rapp’s snobby intellectual Tony Olson and Christin Hinojosa’s sweet freshman Sabrina Davis. Sure, they first meet in a rather compromising position – Sabrina forced to propose to Tony as part of a hazing ritual – but they grow to small but adorkable connection over the course of the film. Is there a more precious moment in the film than Tony and Sabrina’s kiss goodnight after he drives her home from the keg party?

While Rapp has gone on to win Tonys and a regular role on Star Trek: Discovery, Hinojosa only had a few smaller roles in film and TV before retiring from acting in the late 1990s. Afterwards, she became an anti-war activist and kicked off Chicago’s Eyes Wide Open installation, an exhibit that reminds us of the American soldiers who died in the Iraq war thus far. Currently, she’s the Director of Communications for Christian medical charity Solidarity Bridge.

We couldn’t leave this list without the stoners that provide the hilarious Greek chorus for the rest of the teens’ graduation-day shenanigans. Sure, Slater’s the unabashed GOAT of Dazed’s stellar cast, but Rory “Argo, CSI: Miami” Cochrane’s carved out a respectable career for himself as a character actor. His gawky sidekick Kevin Pickford, on the other hand, has flown comparatively under the radar – it’s a shame, too, since for someone who loves keg parties, he’s always hiding a six-pack under that shirt.

Shawn Andrews, who played Pickford, starred in a few other things, notably 2002’s City of Ghosts and 2008’s Fix (where he won Best Actor at the Brooklyn Film Festival). Otherwise, though, he’s known for actually marrying on-screen girlfriend Milla Jovovich on set, when she was only 16 at the time. Her mom, naturally, got the marriage annulled two months later. Next time, Pickford, next time.

With her theory that posits every other decade will be rad, Cynthia Dunn is maybe the coolest low-key chick at Lee. Played by Marissa Ribisi (sister of Giovanni), the red-headed intellectual is a delight, with her ginger afro and fascinating outlook on life (“I’d like to quit thinking of the present, like what’s happening right now is some insignificant preamble to something else”). Along with fellow intellectuals Tony and Mike Newhouse, Cynthia serves up some patented teenage cynicism, which pairs nicely with her innocent flirtation with Matthew McConaughey’s iconic slacker Wooderson.

Anymore, Ribisi is best known as Beck’s wife (and the mother of their two children), but she’s had her fair share of roles over the years. She cowrote her 1998 film Some Girl, starring in it alongside her brother, as well as Juliette Lewis and Michael Rappaport; she was also in The Brady Bunch Movie and Pleasantville, among others. TV-wise, she also pops up in the odd episode of Felicity, Friends, Cybill, and Grace Under Fire.