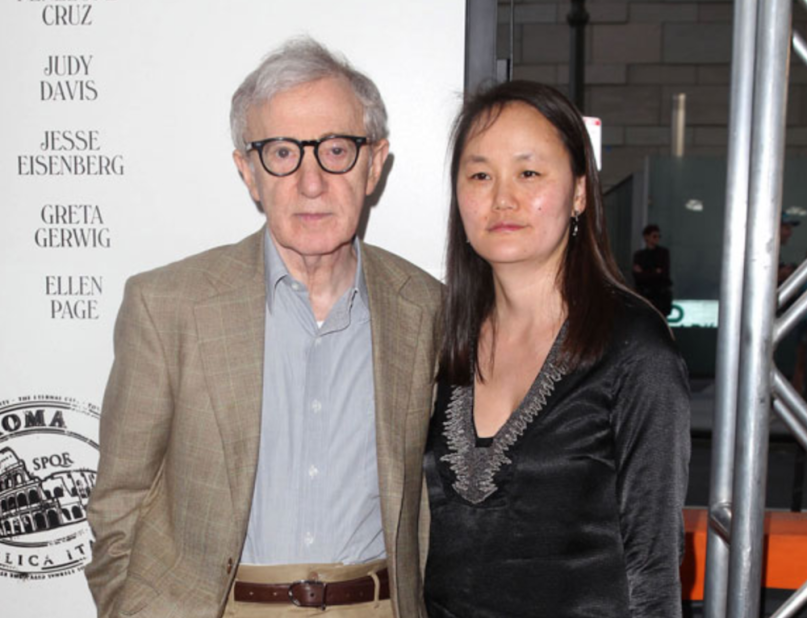 In the wake of the #MeToo movement, the actions and alleged abuses of Woody Allen have resurfaced for renewed scrutiny. Even after all this time, they remain a complicated, thorny issue fraught with familial tensions and conflicting narratives. Adding to the lack of clarity and accountability, one long-silent member of the family has now weighed in for the first time: Soon-Yi Previn, longtime wife of Allen and adoptive daughter of Mia Farrow.

On Sunday, Vulture published an in-depth interview with Previn in which she breaks her silence on the years-long debate about her husband and Dylan Farrow’s accusations of childhood sexual molestation by him. Previn says she “was never interested in writing a Mommie Dearest, getting even with Mia,” but has chosen to speak up now out of a desire to defend Allen, whom she says is innocent. “[W]hat’s happened to Woody is so upsetting, so unjust. [Mia] has taken advantage of the #MeToo movement and paraded Dylan as a victim. And a whole new generation is hearing about it when they shouldn’t.”

Furthermore, she weighs in on her relationship with her mother Mia, claiming her to be a cold, distanced parent with “bone-chilling tempers.” She paints a picture of a woman who would manipulate her children against each other (including Dylan and her brother, Ronan Farrow, who notably broke the Harvey Weinstein sexual assault story that kicked off the #MeToo movement) as revenge for stealing Allen away from her. This includes claims Mia coached Dylan on what to say when accusing him of molestation, threw objects at Previn, and so on. Says Previn of her childhood with Mia, “It pains me to recall instances in which I witnessed siblings, some blind or physically disabled, dragged down a flight of stairs to be thrown into a bedroom or a closet, then having the door locked from the outside.”

She also gives her perspective on her decades-old relationship with Allen, painting their encounters as a furtive story of budding love which Mia angrily resisted with verbal and physical abuse. By this account, Previn’s romance with Allen was simply unusual, rather than the work of an abuser grooming his daughter for a sexual relationship. When first meeting him, Previn says, she hated him “because he was with my mother, and I didn’t understand why anyone could be with such a nasty, mean person.” At all turns, she rejects the idea that she was groomed, the piece describing her account of dates with Allen on Knicks games and to Bergman movies as, eerily enough, “a scene straight out of a Woody Allen movie.”

Of course, the article immediately garnered discussion not just because of the conflicting account it gives to Dylan’s story, but of its controversial authorship. The Vulture piece was written by Daphne Merkin, a longtime friend of Allen with a detailed history of positive reporting towards him. As its critics note, this closeness to her subjects brings whatever journalistic objectivity she may have had into doubt (not to mention questionable turns of phrase like describing Allen’s “Aspergian aloneness”). While she admits the relationship in the piece itself, and New York Magazine spokesperson Lauren Starke claims the piece’s transparency in its perspective, it’s certainly something to consider when weighing the validity of the interview’s contents.

In response to the story, both Dylan Farrow and Ronan Farrow issued statements on Twitter:

Dylan Farrow wrote an op-ed for the Los Angeles Times last December, which accused Allen of molesting her when she was a child, claims that Allen vociferously denies. While an investigation at the time concluded that no abuse occurred, the judge of a later custody ruling removed Dylan from Allen’s care given his “grossly inappropriate” behavior towards her.

While Dylan, Mia and Ronan are of a united front on the issue of Allen’s guilt in these accusations, Moses Farrow offered similar descriptions of Mia’s parenting to Previn’s account. In Merkin’s piece, he describes Mia’s approach to motherhood as a “total breakdown of your spirit, to ensure that you would do what she wanted you to do. It’s the honeymoon when you’re first adopted, then the veil gets pulled back and you start seeing Mia for who she is.”