Disturbed’s Evolution Is a Tale of Two Albums

In between the heaviness, the band showcases its softer side 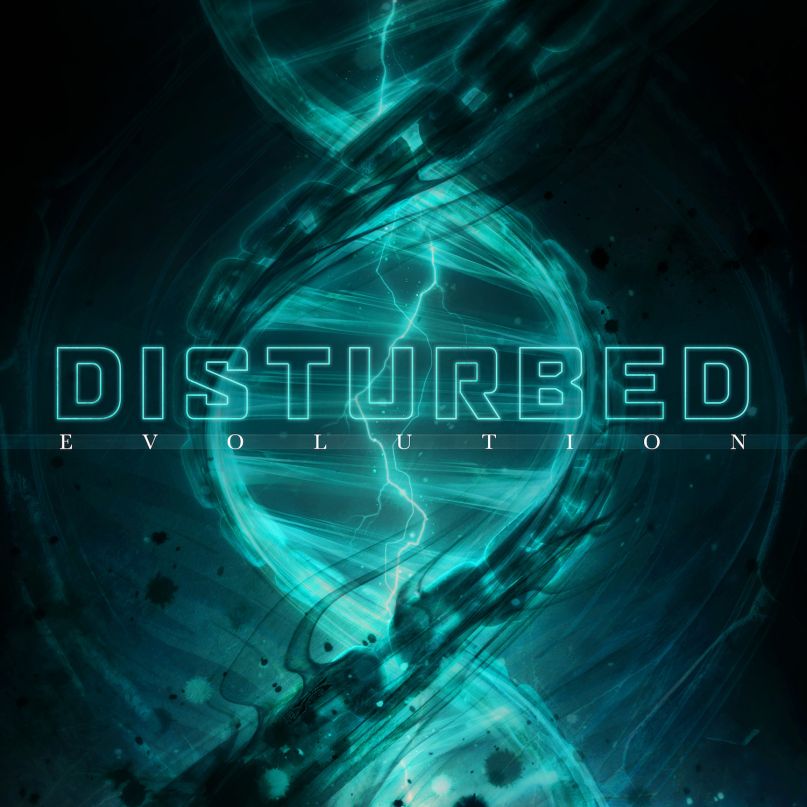 The Lowdown: Following a hiatus that began 2011, Disturbed returned in 2015 with Immortalized, an album that would eventually go platinum thanks in large part to the massive success of the band’s haunting rendition of the Simon & Garfunkel classic “The Sound of Silence”. Now, Disturbed are back with their seventh album, Evolution, with the bar set high by singer David Draiman when he told Metal Hammer, “This is our ‘Black Album’,” referring to Metallica’s mega-selling 1991 self-titled disc. A lofty statement, indeed.

The Good: From the moment they broke big with their 2000 debut album, The Sickness, Disturbed have showcased a hit-making sound that is very unique to, well, Disturbed, highlighted by Draiman’s staccato-like singing over guitarist Dan Donegan’s hammering riffs. The first single and leadoff track, “Are You Ready”, follows the band’s playbook, offering up a rousing start to Evolution. It’s immediately followed by “No One”, another banger that just might be the most powerful track on the album, both musically and lyrically, as it lambastes the motives behind the wars being waged in this world: “No more defending the lies / Behind the never ending war / It’s time to make them realize / We will no longer be their whore.”

The Bad: The success of their “Sound of Silence” cover seems to have resulted in Disturbed getting a little too ballad-happy on Evolution. Just about half the songs show the band’s softer side, with a couple calling to mind some saccharine ’70s and ’80s rock ballads, seeming a bit out of place for an outfit that made its mark with heavy riffs and hard-rocking aggression.

The Verdict: The heavy songs on Evolution should please longtime fans, with a couple harkening back to the dynamism of Disturbed’s first couple of albums, but the glut of softer tracks may have been served better on a separate acoustic EP. It’s almost as if Evolution is a tale of two albums, each with its own identity.

Essential Tracks: “Are You Ready”, “No More”, “Stronger on Your Own”

Previous Story
The Cranberries release Everybody Else Is Doing It, So Why Can’t We? 25th anniversary edition: Stream
Next Story
Album of the Week: Greta Van Fleet Refuse to Shake Off History on Anthem of the Peaceful Army
Popular
More Stories
[fu-upload-form form_layout="media" title="Submit Your Photo"][input type="hidden" name="ugc" value="1"][/fu-upload-form]