The songwriter returns with an intricately detailed and meticulously crafted affair 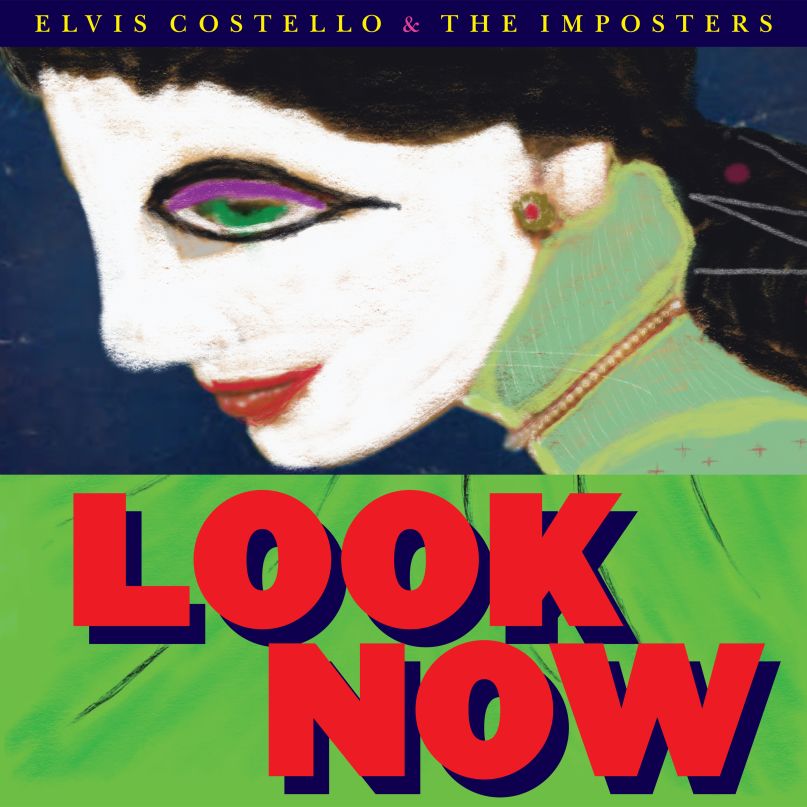 The Lowdown: Elvis Costello might be one of the most dexterous and accomplished pop songwriters of the rock era, but he’s not above dipping back into his own well from time to time. The singer has spent a lot of time in recent years touring and performing 1982’s Imperial Bedroom, so it makes sense that his latest outing, Look Now, smacks of that record’s baroque pop flair. With his trusty sidekicks The Imposters back in tow, Costello’s first record of new music in five years is an intricately detailed and meticulously crafted affair, one longer on arrangements and musicianship than rock and roll spit and vinegar.

The Good: A veritable jack of all musical trades, Costello has canvassed just about every genre imaginable over the course of his 40-year career. He can play the part of the crooning balladeer (“Look Now”, “Stripping Paper”, “Photographs Can Lie” ) just as easily as he can the fiery bandleader (“Mr. and Mrs. Hush”, “Unwanted Number”). Look Now boasts a little of both, but, generally speaking, the record is a relaxed hang defined much more by piano, strings, and winds than Costello’s rock and roll pedigree. But it’s hardly a snoozer, either. Subtlety might reign, but there’s a swanky, sophisticated cool coursing through Look Now that punches it up in even its hushest moments. He also reunited with Burt Bacharach on several compositions and resurrected one of the record’s best songs, “Burnt Sugar Is So Bitter”, from a collaboration with Carole King in the ’90s.

The Bad: The last record Costello made with the Imposters was 2008’s rock-oriented Momofuku. That might have set fans up to expect something similar on Look Now, but the band’s latest effort is a wholly different record. That isn’t necessarily a bad thing, but those who favor the more pumped-up sounds of the Imposters/early Attractions might find Costello’s latest offering too subdued for their liking. There’s also rare lapses into ’70s soft pop cheese (“Suspect My Tears”) that even a master songsmith like Costello can’t quite pull off.

The Verdict: Costello’s been around so long that it should be easy to pinpoint what a new record will sound like even before fans put ears to it. But his ability to shape-shift in and out of genres wide and far still gives his new material a bit of intrigue. Look Now is another solid entry into an already healthy and vital body of work. It’s not his absolute best, but it still earns a spot in the meatier part of his iconic recording arc.