High On Fire Continue Their Full-Volume Assault with Electric Messiah 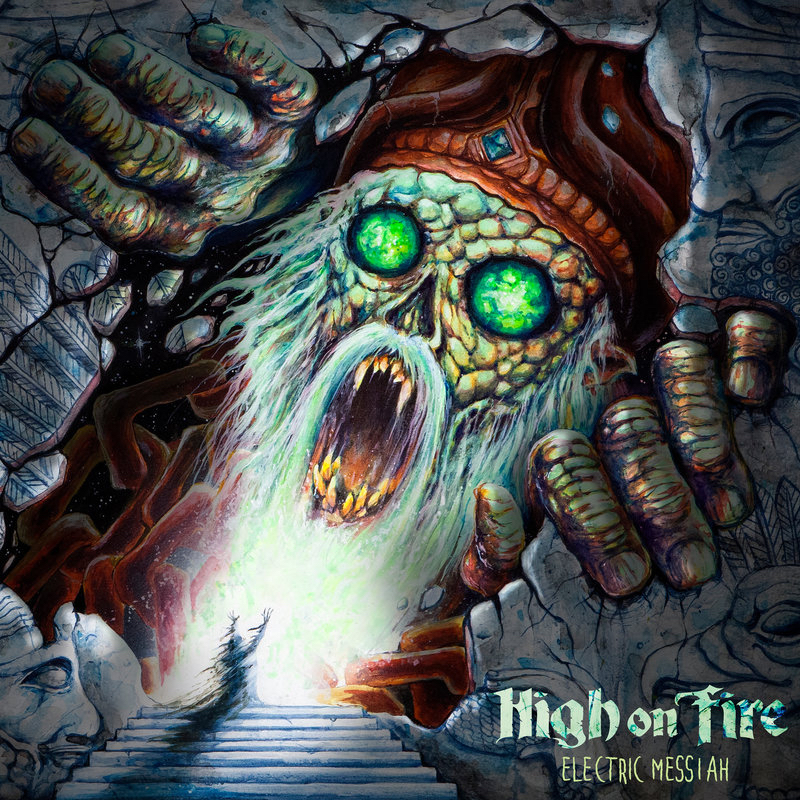 The Lowdown: High On Fire fans know exactly what there’re going to get when they spin a new record, as the Oakland-based trio has delivered dependable stoner/sludge metal for 20 years. The band’s eighth studio album, Electric Messiah, and its title track pay tribute to Lemmy Kilmister, with frontman Matt Pike acknowledging that his gravel-throated voice has often been compared to the late Motörhead legend. With a lineup that also features bassist Jeff Matz and drummer Des Kensel, High On Fire successfully construct Sabbath-ian, earth-moving riffs as their blueprint.

The Good: Opener “Spewn from the Earth” explodes with a mammoth riff and a vigorous pace, decorated with fiery guitar leads, proving to be a solid opening punch in the face. Pike’s vocals are ferocious, while the production is gritty and loud, which is perfect for a band of this caliber. The title track is a high-energy affair that maintains its energetic pace throughout its four-plus minute duration. Crushing, hard-charging riffs make up “God of the Godless”, while the thrashy “Freebooter” contains blistering dynamics. Album closer “Drowning Dog” possesses an ’80s metal style intro, á la Judas Priest, combined with a brief “Children of the Grave”-esque Sabbath vibe, resulting in the most diverse track on the entire album.

The Bad: The double kick drums throughout the album sound a bit clickity-clackity, while some of the lengthier tracks — most notably “Sanctioned Annihilation” and “Steps of the Ziggurat/House of Enlil” — meander at times.

The Verdict: High On Fire have a solid fan base who will eat up everything they put out, and Electric Messiah should be no exception. It’s more streamlined yet just as powerful as previous albums. Although the flow of Electric Messiah occasionally drags in parts, it’s a welcome addition to the band’s discography.