The collective is forging ahead as its own entity 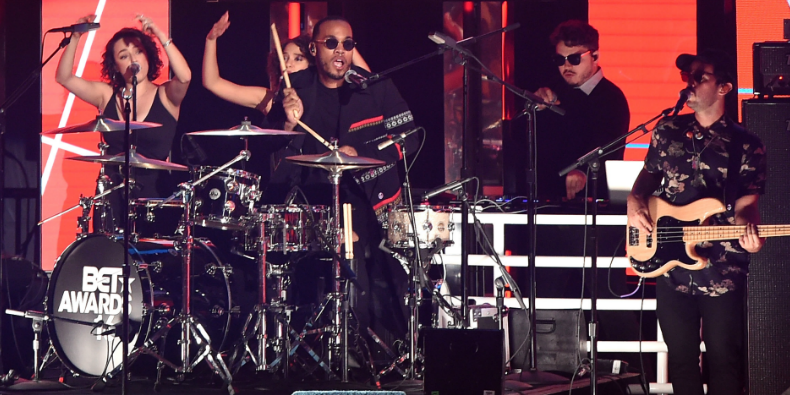 Anderson .Paak and the Free Nationals

Anderson .Paak’s live band, The Free Nationals, has a life of its own. The collective, consisting of Jose Rios (guitar), Kelsey Gonzales (bass), Callum Connor (drums) and Ron Tnava Avant (keyboard), teased its self-titled debut album recently, and the first single from that album has now arrived.

The single, “Beauty & Essex”, features Daniel Caesar and Unknown Mortal Orchestra, and the album from which it comes will also feature Syd, Kali Uchis, Chronixx, and the late Mac Miller. Listen to the single below, and see how the band fares without their famous frontman.