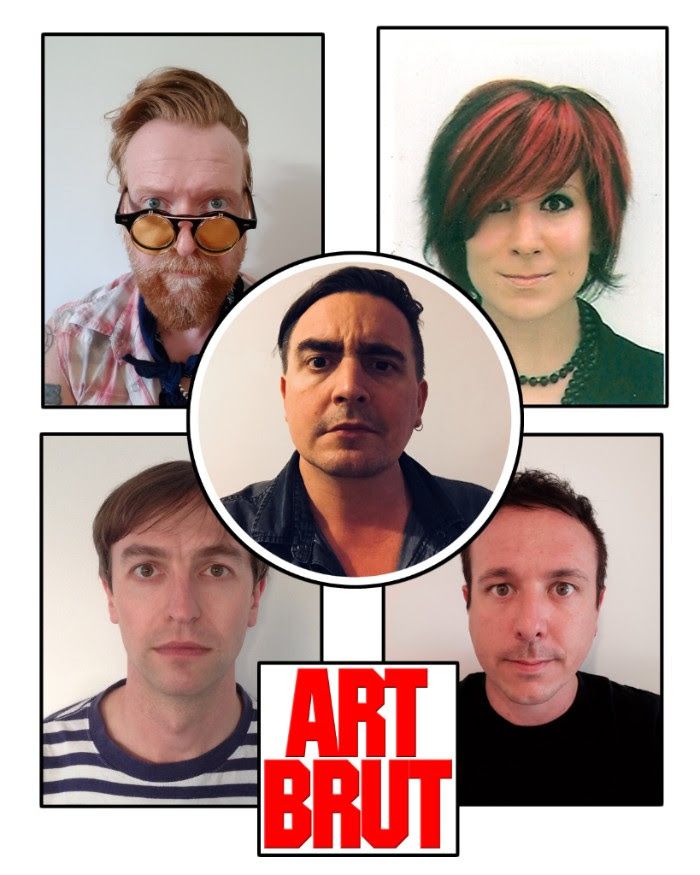 Art Brut returned over the summer with their first new music in seven years. Wham! Bang! Pow! Let’s Rock Out! was a cheeky bit of their signature art pop, and, as we just learned, it’s also the title of their forthcoming fifth LP, which is slated for a November 23rd release via Alcopop! Records.

Accompanying the announcement is another peppy jam, “Hospital!”, that, despite Eddie Argos’ smirking delivery, has a pretty resonant backstory. As we previously reported, the singer “nearly died with Peritonitis,” and “Hospital!” was written during that tumultuous period.

“I didn’t realise quite how ill I was at the time,” Argos told Clash. “I was in a German hospital und mein Deutsche is nicht sehr gut. I had a big operation, bigger than they were expecting when they started operating on me, and there were a few complications. They kept me in for nearly a month. It was the most undignified month of my life and although I was very grateful to the surgeons for saving my life and also to the nurses for taking care of me, I despised every fucking minute of time I spent there.”

He continued, “The only thing that kept me sane was the mantra that eventually became this song. Every single lyric was written and repeated over and over again as I suffered numerous indignities. Songwriting is something I’ve always used to alleviate stress and on this occasion I really tested it to its limits. What I am most impressed by is that even when I’m at death’s door and pumped full of morphine, staggering around and collapsing all the time, I can still write a comical call-and-response backing vocal to amuse myself.”

Hear the song, and check out its animated music video, below.

The new LP follows 2011’s Brilliant! Tragic! and the 2013 Top Of the Pops compilation. To make up for their absence, the European outfit will embark on a series of tour dates early next year. Check them out below.