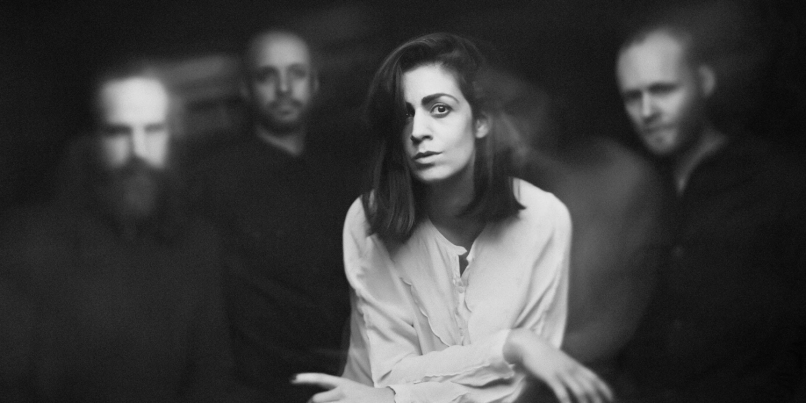 Azusa — a new band featuring members of The Dillinger Escape Plan, Extol and Sea + Air — are set to release their debut album, Heavy Yoke, on November 16th, and they’ve teamed up with Heavy Consequence to premiere the video for disc’s the title track (watch below).

The band is made up of Eleni Zafiriadou (Sea + Air) on vocals, Liam Wilson (The Dillinger Escape Plan) on bass, Christer Espevoll (Extol) on guitar and David Husvik (Extol) on drums. Azusa’s experimental music offers a genre-defying sound that combines ethereal and screamed vocals with heavy riffs.

As for the song “Heavy Yoke”, Azusa tell us, “The musical elements in ‘Heavy Yoke’ are constantly challenging the song’s center line and balance point. While the acrobatic riffing insists on taking the tune off-track, the vocal lines add an anchoring sense of stability within the chaos. The opening riff is a precarious rollercoaster and one of the more jarring, yet thrilling rides on the whole album. After the intro drop, the chorus catches you in a cushion of harmony, leaving you feeling secure and ready to take that ride again.”

The band continues, “Thematically, ‘Heavy Yoke’ deals with those unspeakable truths lurking in the subconscious mind. You can ignore them for a while but sooner or later they‘ll haunt you in the night. When you finally wake yourself up and let the daylight in, its healing powers reveal universal truths which bring clarity and relief.”

Regarding the video, the band calls it “an abstract visual metaphor about habit loops, rewinding time, and loss of innocence,” adding, “Aesthetically, we were imaging what it would look like if Jonathan Glazer directed an episode of Twin Peaks.”

As mentioned, Azusa’s Heavy Yoke album arrives on November 16th, with pre-orders available at this location.