Beyoncé is the most politically divisive celebrity, according to poll

Sean Hannity and Rush Limbaugh are viewed as less divisive?!?!? 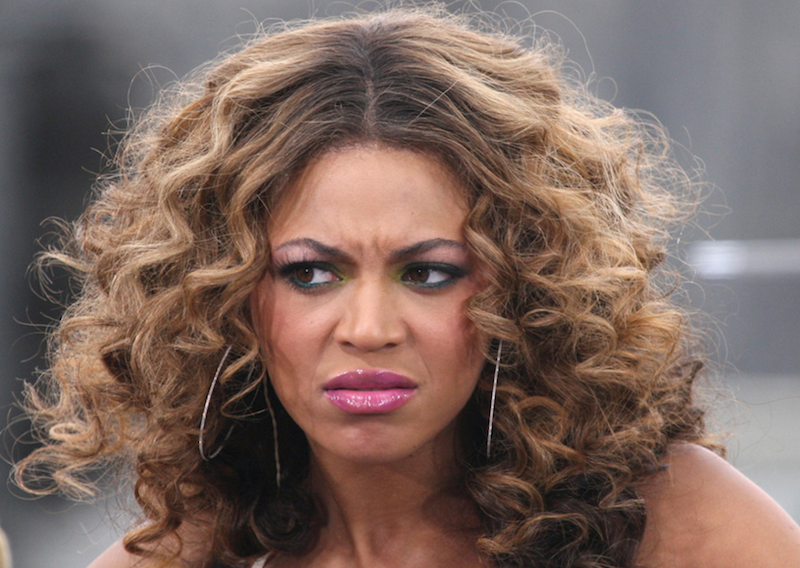 There’s a lot of division in our country right now, as a glance at any daily newspaper will tell you. But if there’s one thing we can all agree on it’s that Beyoncé is Queen, yas? Well, apparently not, according to a new poll that finds Bey is the most politically divisive celebrity in the US.

Conducted by Morning Consult (via The Hill) the poll asked 6,609 Republicans and Democrats their opinions of members on the Forbes 100 list of highest-paid entertainers. While Beyoncé, who vocally supported Hillary Clinton’s presidential bid and gave a politically charged performance of “Formation” at the 2016 Super Bowl halftime show, received a net 63% favorable rating among Dems, Repubs had her at -3%. That 66-point gap was the largest amongst any of the celebs on the list, beating out Sean Hannity (65-point gap) and Rush Limbaugh (61-point gap) to claim the title of Most Politically Polarizing Entertainer

Bey’s hubby, Jay-Z, came in with a 48-point gap, but had far lower net support amongst republicans at -16%. Considering Fox News’ constant slamming of the rapper, it’s actually surprising to see that both Republicans and Democrats hold a favorable opinion of Kendrick Lamar. The gap in his favorability (29-points) was also less than that of Lady Gaga (43), Rihanna (38), Katy Perry (44), and even George Clooney (36).

Of the top 25 most divisive people on the list, only three were more heavily approved of by Republicans than Democrats: Hannity, Limbaugh, and Kenny Chesney, (Morning Consult’s article states two, but it appears they missed Chesney.)

Find a complete list of the top 25 below, and head to Morning Consult for more.

Previous Story
Rostam says he and Ezra Koenig have worked on new music together
Next Story
Bad Religion’s new punk anthem, “The Profane Rights Of Man”, is based on a historical document from 1789: Stream
Popular
More Stories
[fu-upload-form form_layout="media" title="Submit Your Photo"][input type="hidden" name="ugc" value="1"][/fu-upload-form]