A list that's big, bad, and as unpredictable as the man himself 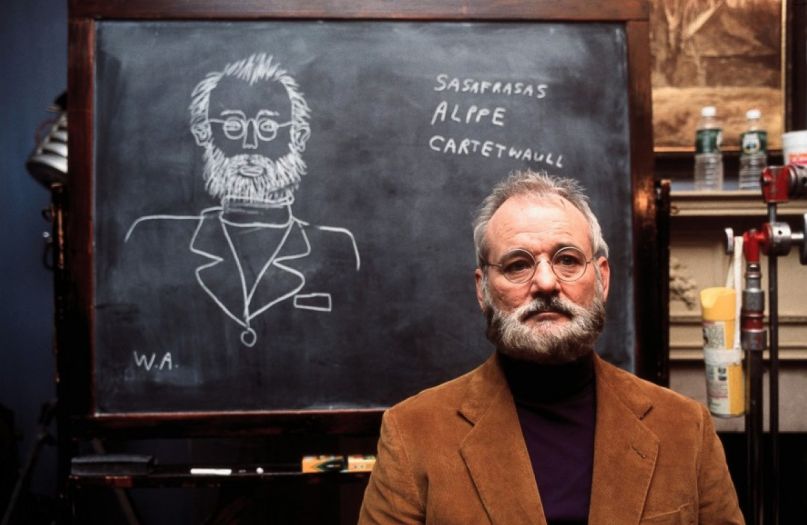 When the Farrelly Brothers released Kingpin in 1996, the trailer bragged about the appearance of its megastar: the “Big Bad Bill Murray.” Which was a fitting claim since Murray has always marched to the beat of his own drum.

At Chicago’s Second City, the Wilmette, Illinois, native didn’t exactly play by the rules of improvisation, and his humor was defined by that tendency to bark spontaneously. On screen, he has a propensity to avoid script, and what you often hear is the free thoughts of Murray himself, re-purposed for whatever movie he’s stumbled into by occasion.

Those years as a random party crasher with an 800 line? Certainly his reputation precedes him.

Murray’s like a tornado of caustic, unexpected humor — the “Murricane,” as some used to call him — whose uncontrollable existence has somehow cultivated a filmography enviable of most actors. For the lucky handful of directors who have seized him, well, their work usually ends up so much better because of Murray’s erratic touch.

As we celebrate Lost in Translation turning 15, we pored over Murray’s filmography and whittled it down to a dynamite list that’s big, that’s bad, and that’s essential of the unpredictable actor.

Foolish maybe, but back off, man — the more the Murray-er.

A random pop-up from Bill Murray in a random film is always a conversation starter. From the meth cook in the abysmal Dumb and Dumber To to Agent 13 in the I-forgot-it-existed Get Smart, Murray puts his stamp on everything he touches no matter minor the role. Take Zombieland, in which Murray plays himself as he aimlessly walks around his dilapidated mansion, disguised as a zombie in order to trick the walking dead. In his brief appearance, he manages to get shot by mistake and wears a Ghostbusters costume. Director Ruben Fleischer must have been pinching himself.

Little Rock: “So do you have any regrets?”
Bill Murray: “Garfield, maybe.”

If you’ve ever done anything in life that required you to march alongside a corps in regiment form, you know Stripes even if you haven’t seen it. Even if the film is all over the place, it’s Murray’s ability to rally a ragtag band of misfits into full-fledged soldiers that’s lasted and for good reason. Winger’s the consumate Murray everyman, a screwup in civilian life who finds his calling when it’s time to do what he does best: hide his intelligence beneath several layers of slacker sarcasm.

Choice Quote: “Oh, it’s not the speed really so much, I just wish I hadn’t drunk all that cough syrup this morning.”

Nobody needs to adapt Charles Dickens’ A Christmas Carol. We don’t need one now (sorry, Ice Cube), and we didn’t really need one back in 1988 when Richard Donner issued the black comedy Scrooged. Here’s why his film gets a pass, though: If you’re going to tell the story right, you need a real jerk to sell a pre-Christmas Scrooge, and few jerks are more enjoyable to watch than Bill Murray. As curmudgeon television executive Frank Cross, Murray carries every scene — with the exception of those featuring an irate Bobcat Goldthwait — as he barks and groans and screams and oozes with charming venom. It’s a feast for cynics.

Choice Quote: “The Jews taught me this great word: Schmuck. I was a schmuck, and now I’m not a schmuck!”

Give Bill Murray a script or don’t give Bill Murray a script. He’s going to make it work, or at the very least make it as good as it’s ever going to be. Murray’s role as groundskeeper Carl Spackler in Caddyshack is a prime example of Murray just rolling with it. That entire night scene between him and Chevy Chase’s Ty Webb? Completely improvised when studio heads realized there needed to be a scene between the two of them. It’s as unforgettable as Carl’s accent, his frustrating encounters with a sneaky gopher, pretending to win the Masters, and, of course, the speech below.

Choice Quote: “So, I tell them I’m a pro jock, and who do you think they give me? The Dalai Lama, himself. 12th son of the Lama. The flowing robes, the grace, bald. Striking. So, I’m on the first tee with him. I give him the driver. He hauls off and whacks one — big hitter, the Lama — long, into a 10,000-foot crevasse, right at the base of this glacier. Do you know what the Lama says? ‘Gunga galunga … gunga, gunga-lagunga.’ So we finish the 18th, and he’s gonna stiff me. And I say, ‘Hey, Lama! Hey, how about a little something, you know, for the effort, you know?’ And he says, ‘Oh, uh, there won’t be any money, but when you die, on your deathbed, you will receive total consciousness.’ So I got that goin’ for me, which is nice.”

We’ve already established that Murray plays a great jerk. Yet he can also turn a real mess of a human being into a brilliant, enthralling event, which he does to great effect in the Farrelly Brothers’ oft-ignored and cruelly underrated Kingpin. As the bloated and self-aggrandizing Ernie McCracken, Murray yanks the spotlight from a one-handed, balding Woody Harrelson, an Amish Randy Quaid, and the always stunning Vanessa Angel. It’s all about his wicked self-esteem and lack of self-awareness; the way he moves and shakes through each nefarious situation as if he’s doing everyone a favor. He’s evil, but he’s the best.

Choice Quote: Everything about this scene…

The Life Aquatic with Steve Zissou (2004)

Zissou is an out-and-out bastard in a way that Murray often dances around, but rarely commits to with this level of unabashed nastiness. A deadbeat father trapped in a state of arrested development, Zissou lives by a code of his own invention, which mostly seems to involve day drinking and the abdication of any real responsibilities. Just don’t attempt to hijack the man’s ship or screw with his cash flow; it doesn’t end well. And yet, by film’s end, you can’t help but feel for the man.

Choice Quote: “Now if you’ll excuse me, I’m going to go on an overnight drunk, and in 10 days I’m going to set out to find the shark that ate my friend and destroy it. Anyone who wants to tag along is more than welcome.”

Murray’s Herman Blume is a reserved role when compared to performances from his past, but the rare moments of outbursts make the character pop. Running up and swatting away a basketball en route to the bucket and attacking his kids in his car are perfect bits of comedy. However, in the quiet moments of Wes Anderson’s Rushmore, Murray shows us a side of him that hadn’t been seen since his vanity project, The Razor’s Edge. His subtle reaction upon discovering who Max’s father really is and his confession of “She’s my Rushmore, Max,” were indicators of the direction Murray’s career would take next.

Choice Quote: “But here’s my advice to the rest of you: Take dead aim on the rich boys. Get them in the crosshairs and take them down. Just remember, they can buy anything, but they can’t buy backbone. Don’t let them forget it. Thank you.”

Could you imagine if John Belushi lived to be Peter Venkman as originally envisioned? Of course not. Bill Murray is Peter Venkman, the casual, smart-assed, capable of rising-to-the-occasion de facto leader of the Ghostbusters. He’s an anti-hero for the ages, with a proton pack on his back and silly, cutting remark always up his sleeve. The guy gets slimed by a freaky green creature and then casually creates a catchphrase out of the experience. That’s not just Murray ad-libbing; that’s the oddball essence of the Venkman character right there. Murray was a perfectly cast figurehead for Ivan Reitman’s cross genre blockbuster comedy, and he made Venkman the coolest scientist/academic/laser janitor of all time.

Choice Quote: “For whatever reasons, Ray, call it … fate, call it luck, call it karma, I believe everything happens for a reason. I believe that we were destined to get thrown outta this dump.”

Groundhog Day is the best of both Murrays. As Phil Connors, a selfish weather reporter stuck in perpetual Podunk-dom and forced to relive the February holiday over and over again, Murray has nothing but time to be bad before he evolves into a better person. It’s silly, sweet, even a little profound, and it’s Murray’s most complete comical work yet. What starts out as an unhinged performance eventually turns melancholic as the actor crawls out of his snarky outer shell to deliver a nuanced variety of moods, all of which make Harold Ramis’ existential comedy the special and inclusive human experience that it is.

Choice Quote: “This is pitiful. A thousand people freezing their butts off waiting to worship a rat. What a hype. Groundhog Day used to mean something in this town. They used to pull the hog out, and they used to eat it. You’re hypocrites, all of you!”

Happiness is a moment, not a lifestyle. You don’t get married to be happy forever, and you’re not happy forever because you’re married. That sobering knowledge suffocates Murray’s Bob Harris throughout Sofia Coppola’s Lost in Translation. As he shuffles aimlessly and disconnected through Tokyo’s frenetic life, Murray’s weathered apprehension and anchored silences embody the existential dilemma rearing its ugly head, even after he meets Scarlett Johannson’s amiable and youthful Charlotte.

“Let’s never come here again because it would never be as much fun,” she urges, summarizing not only their chance encounter, but that brief and rare respite from reality that inspires a smile. Murray eventually does, but it’s a restrained appreciation, which in turn feels so palpable and so real. Needless to say, this isn’t just top-notch Murray, it’s unprecedented Murray, a subtle, natural performance that proves why less is often so much more. We’re still shaking our heads at the Academy.

Choice Quote: “More than this…”