Billie Eilish performs “you should see me in a crown” on Ellen: Watch

Ahead of the 16-year-old pop prodigy's North American tour 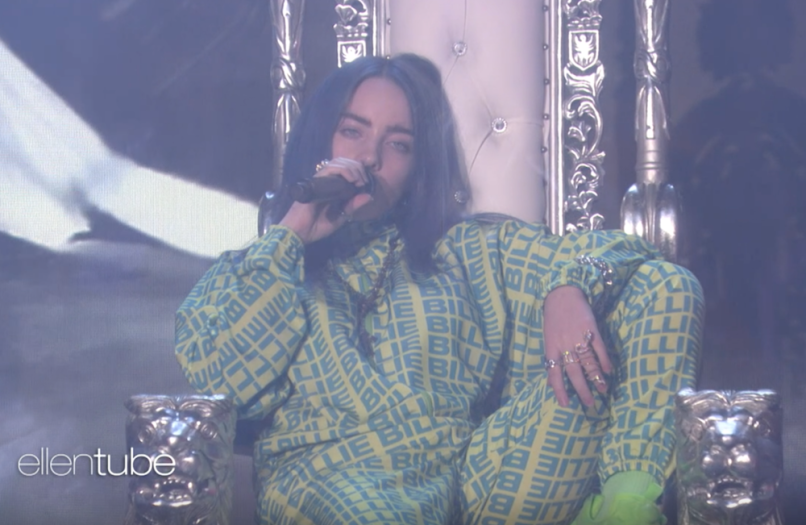 As Ellen DeGeneres has her finger on the pulse of everything that’s hot, viral, and buzzing, it was only a matter of time before 16-year-old pop prodigy Billie Eilish booked some airtime on the daytime TV show. Even without a debut album under her belt, the rising musician has already played multiple big-name festivals and earned the cosigns of Dave Grohl (and his daughter), Khalid, and Florence and the Machine.

For her Ellen debut on Wednesday, Eilish lit up the room with a swaggering performance of her hit “you should see me in a crown”. The stage was set up so that Eilish sang from her very own throne, which was encased within a glass box guarded by spiders. It also takes quite a bit of guts to wear your name from head to toe. Suffice it say the audience (or at least home viewers) was left nearly speechless. Catch the replay below.

Eilish is set to embark on her “The 1 By 1 Tour” beginning October 23rd. Grab tickets here.