Hynes directed the clip, which comes from his lovely Negro Swan 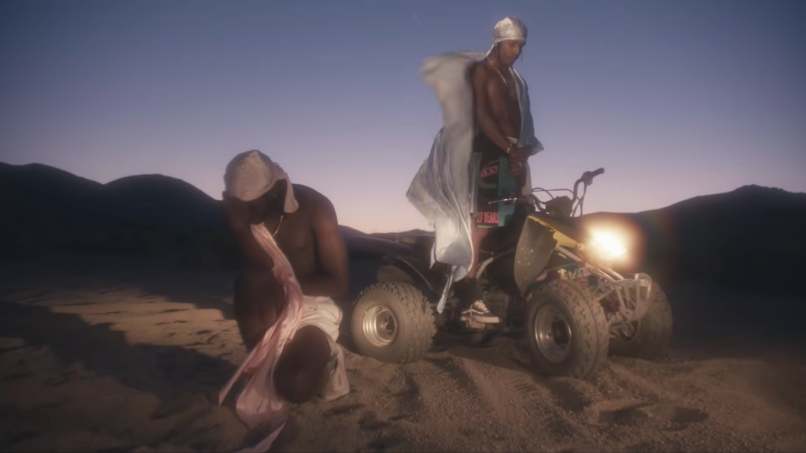 Blood Orange’s masterful Negro Swan, a record we lauded for its “grand vision,” arrived back in August, but today marks the album’s physical release. In conjunction, Dev Hynes has shared a music video he directed for soulful, surprising single “Chewing Gum”.

The clip finds Hynes and A$AP Rocky, who guests on the song, tearing up the desert on ATVs. Hynes deftly captures the landscape’s dusky grandeur, exploring it at daytime, nighttime, and, most strikingly, sunset. Watch it below.

Hynes previously shared the music video for “Saint”. He’s been supporting Negro Swan on an ongoing fall tour. Rocky dropped his own LP, Testing, back in June, and he recently covered Otis Redding’s “(Sittin’ On) The Dock Of The Bay”.