Primal Scream’s Bobby Gillespie gloriously refuses to do the Skibidi dance on BBC’s The Week: Watch 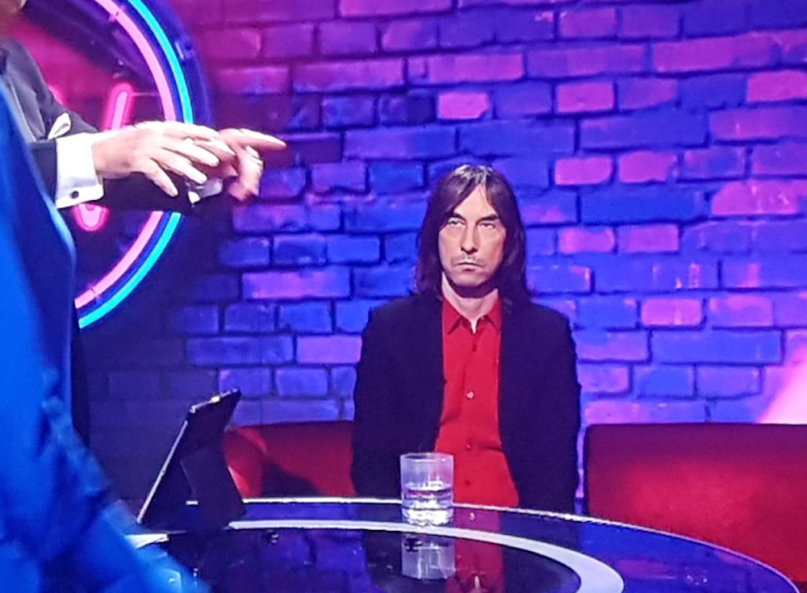 Primal Scream frontman Bobby Gillespie appeared as a guest on the most recent episode of BBC political program The Week — though he probably totally regrets it.

As NME points out, Gillespie appeared on the show in order to voice his strong opinions against Brexit. “Politically, we’re going backwards,” he told host Andrew Neil, “we’re going back to the 30s.” Whatever serious, intellectual thoughts were exchanged on the program were immediately canceled out, however, when Neil proceeded to challenge his guest panelists to a ridiculous Skibidi dance off.

Michael Portillo, a British journalist and former politician, and British Labour Party politician Caroline Flint both joined Neil, but Gillespie refused to get up off his seat and noticeably was very unamused by the whole spectacle. His facial expression was the equivalent of a dead tree stump. And it was a beautiful sight to behold. See below for glorious visual proof.

For those unfamiliar (like myself), here’s how The Daily Dot describes the Skibidi challenge:

The dance originated from the music video “Skibidi” by Little Big, a Russian rave band that thinks of itself as satirical. The video features every possible body: police officers, a man they’ve just put in handcuffs, babies, strippers, and a puppet wearing an Adidas jacket doing a jig that includes crossing and recrossing your arms while lifting up your legs in time with the beat. Then, you go into what’s basically the Macarena (with a touch of Saturday Night Live’s Roxbury dance from the 1990s) before the movements get more complicated and intricate.

Cringe. Yeah, clearly Gillespie had the right idea by sitting this one out.

Bobby Gillespie's face as Flint, Portillo and Neil danced around him should win award for TV moment of the year. #bbctw pic.twitter.com/bQdp6vBTXB

I can’t breathe???? ⁦@ScreamOfficial⁩ Bobby Gillespie‘s face having been denied any real political debate on #bbctw to then be greeted by Michael Portillo & co dancing for no bloody reason is at once hilarious and the most depressing expression of British political debate…. pic.twitter.com/IKMNbYdW1v