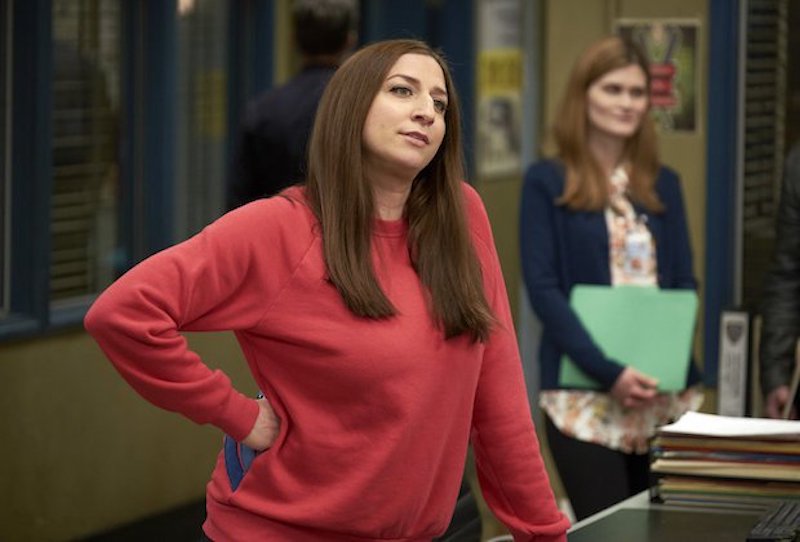 Brooklyn Nine-Nine was saved from cancellation earlier this year when NBC revived the comedy for a sixth season. Though the core players will return for the upcoming outing’s 18 episodes, one key cast member won’t be around for its entirety. Chelsea Peretti, who plays Gina Linetti on the comedy, will leave the series before season’s end.

She announced as much on Twitter: “B99 fans. Hiiiiiiiiiiii. Chelsea Peretti, here,” she wrote. “I won’t be doing a full season of Brooklyn Nine Nine in Season 6. But that doesn’t mean I won’t ever be back.

She then, hilariously, posted the statement Emmy Rossum released upon announcing her departure from Showtime’s Shameless, saying, “Perhaps Emmy Rossum said it best when she wrote about Shameless (I bolded the extra relevant parts in her quote below).”

B99 fans. Hiiiiiiiiiiii. Chelsea Peretti, here. I won't be doing a full season of Brooklyn Nine Nine in Season 6. But that doesn’t mean I won’t ever be back, winky face emoji, heart emoji. I want to thank you for the hours you spent watching Gina be Gina:

It’s a tough blow for the show, which thrives on the strength of its ensemble. Co-creator Dan Goor tweeted out a heartfelt goodbye and, like Peretti, left the door open for future guest spots. “From the moment Mike Schur and I decided to create this show, we wanted Chelsea Peretti be a part of it, and she always will be,” he wrote. “While it’s sad to see a member of the family leave, we are so proud of Chelsea and excited for what she does next. Also, I know for a fact this isn’t the last we’ll see of Gina Linetti.”