"Hopefully the new album will be out in 2019 ... I have nine demos that I could play right now" 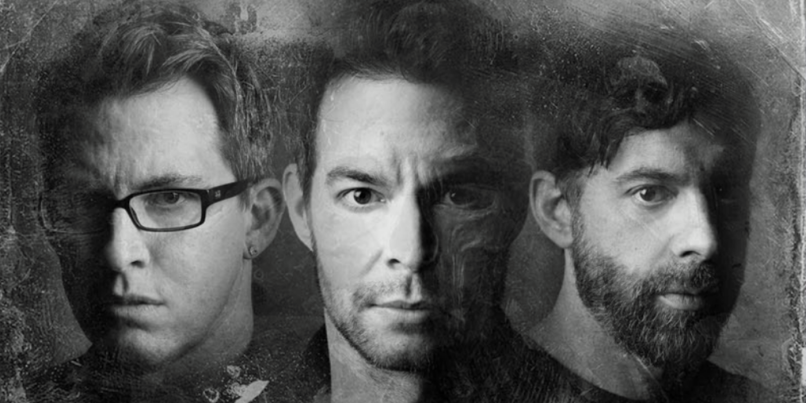 While Chevelle have found massive success on rock radio over their two-decade career, the Chicago rockers also have a wealth of songs that have never enjoyed the spotlight — until now. The trio has just released the compilation 12 Bloody Spies: B-Sides and Rarities, which brings together tracks from 2002 through 2016. The collection features lesser-known Chevelle songs, including some stripped-down, acoustic numbers, which show the softer side of this typically hard rock band.

Chevelle frontman Pete Loeffler recently checked in with Heavy Consequence to discuss 12 Bloody Spies, the status of Chevelle’s next studio album, the upcoming 20th anniversary of the band’s debut disc, and even Kanye West’s recent trip to the White House. Read the full interview below:

On the idea of putting together 12 Bloody Spies: B-Sides and Rarities

It was actually my brother, Sam, who was talking to me about it one day about a year ago. He said, “It would be great to give some of these songs another shot at daylight.” I think if you’re a die-hard fan, you probably have most of them, but if you’re a casual rock fan of our band, then you are definitely going to discover something new. We thought it was a good way to put them all together and get them out there, and it turned into a full album. Time passes, and you don’t realize that, “Wow. I’ve written all of these songs.”

First, we had to track them all down! (Laughs) I don’t know many musicians who go back and listen to their stuff when they’ve finished tracking an album, because you’re so tired of it after hearing it over and over. I didn’t even have these songs in my iTunes, which is funny! So, we tracked down the songs, tried to make a sequence out of them and put them all together in this collection. There was a lot of trial and error involved.

Definitely. I think there are a few. The first song, “A Miracle,” could have been a single, but it’s kind of a long song. That song is such a departure for us, because we play a lot of heavy music and started out really heavy, and it’s a softer song. But, I think that song could have done well at radio. I also think “Glimpse of the Con” could have been a radio song. They actually just released “Sleep Walking Elite” to rock radio because of this release, and that’s a very pretty song.

On his favorite songs on 12 Bloody Spies

I don’t know if I have a favorite, but I have songs that I’m drawn to and proud of “In Debt to the Earth.” The song was done under a high-pressure situation. We got a call from our management at the time, and they said we needed three more tracks for bonus stuff material on the album we just made. We had to go into our basement and fly an engineer in and bang out songs that, ideally, had to be new material. We had just finished a full-length album and had to go write more songs! (Laughs) That song came out really well. It’s about the environment and some of those situations that we’re dealing with now.

On going acoustic on songs such as “Sleep Apnea.”

I play in my garage a lot because of the sound — I like the echo and the sound that echoes all around me. I play a lot of acoustic material in there, and I’ve been writing a lot in the garage. I think you’re going to hear more of that. It’s stripped-down, but not traditional acoustic. I can’t say until the new album is done, but maybe it’s time we start thinking about an acoustic record. I have all of these acoustic songs, and they don’t work as heavy rock songs in the style that we go for now in Chevelle. “Sleep Apnea” is actually a demo that I did in my basement. That song was done in one day — just me alone in my basement experimenting with different sounds and shakers. I just sat there and wrote this demo, and it turned out pretty well, and we ended up using as a B-side.

On the progress of Chevelle’s next studio album

I’ve been working on it all year. We played nine shows this year and are playing a tenth this Saturday in Houston. That’s the last show of the year we have booked, so we are full-on writing for the new record. I’ve been writing since January. It’s one of those times when I’m happy to be done with shows for the year so I can fully focus. It’s difficult for me to jump between the two. You have the live aspect, which is fun and the best part of what we get to do, but to juggle writing new material with performing shows is difficult for me. I’m happy to devote the rest of the year to writing, and hopefully the new album will be out in 2019.

I have nine demos that I could play right now. I’ll tell you this one thing — I’m super excited about this one song, and it’s all about this guy who is preparing to fly to Mars. That whole concept of us being an interplanetary species and working towards that is so fascinating to me. How can you wrap your head around leaving the Earth and not having a way to come back? I’ve written a song that’s all about that, and I love it, and it’s going to be a blast to play live.

I saw about three minutes of it, and that’s all I could really take. I didn’t understand what was happening and got annoyed so I turned it off, but I thought it was hilarious how Donald Trump sat there. I wonder what he was thinking, because I’m not a fan of Trump or anything he’s been doing lately, and I think he is so starved for attention constantly that if anybody says they like him, who is famous, he wants to embrace them. For me, it was entertaining for three minutes, but that was it.

On 2019 marking the 20th anniversary of Chevelle’s debut album, Point #1

It is completely hard to believe. I can’t even tell you how we’re still here. It’s been so long, and music is something that’s ingrained in me. I started writing music at 16 years old. I just turned 42. When we played Jimmy Fallon’s show a few years back, they called us a veteran rock band, and I was like, “What?!” It kind of bummed me out, but at the same time, I’m just happy to be here and still making new music. I don’t know what I would do if I didn’t create new music every year, so I’m lucky.

[Point #1] was done twice with [producer] Steve Albini. We didn’t love the first version, so he got wind of that and said he’d come back in and redo it. We did seven tracks over again. We didn’t know what we were doing. All we had done to that point were demos. We had played live shows, but not a lot of them, so it was a huge learning curve. It was such a different experience from what we thought it would be. He does things completely different than most producers, so it was all live. He set us up to play the songs live. It wasn’t the experience we expected. I don’t even know if you can find that record anymore! (Laughs) It was a weird time.

Our thanks to Pete Loeffler for taking the time to speak with us. Chevelle’s new release, 12 Bloody Spies: B-Sides and Rarities, is available now at this location.