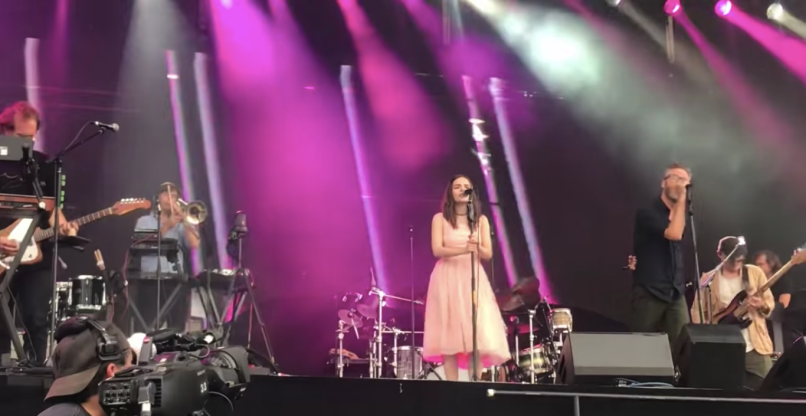 CHVRCHES Perform With The National at ACL

The National and CHVRCHES may represent one of modern music’s more fruitful friendships, as the pair not only collaborated on a track from the latter’s Love Is Dead (“My Enemy”), but have also appeared in each other’s live performances and music videos. That trend continued at Austin City Limits this past weekend when The National welcomed CHVRCHES singer Lauren Mayberry onstage to assist them in performing Sleep Well Beast’s “Guilty Party”.

Mayberry takes the lead in the early going before Matt Berninger steps in, making the piece a blissful duet. Watch it below.

CHVRCHES continues to promote last year’s Love Is Dead with TV appearances on Ellen and Kimmel. The National, meanwhile, have been stumping for Texas Senate candidate (and former rocker) Beto O’Rourke.

CHVRCHES recently appeared on an episode of our podcast, This Must Be the Gig, which you can stream below.