The band's 1988 record remains a beautiful, resolute, and illuminating source of inspiration 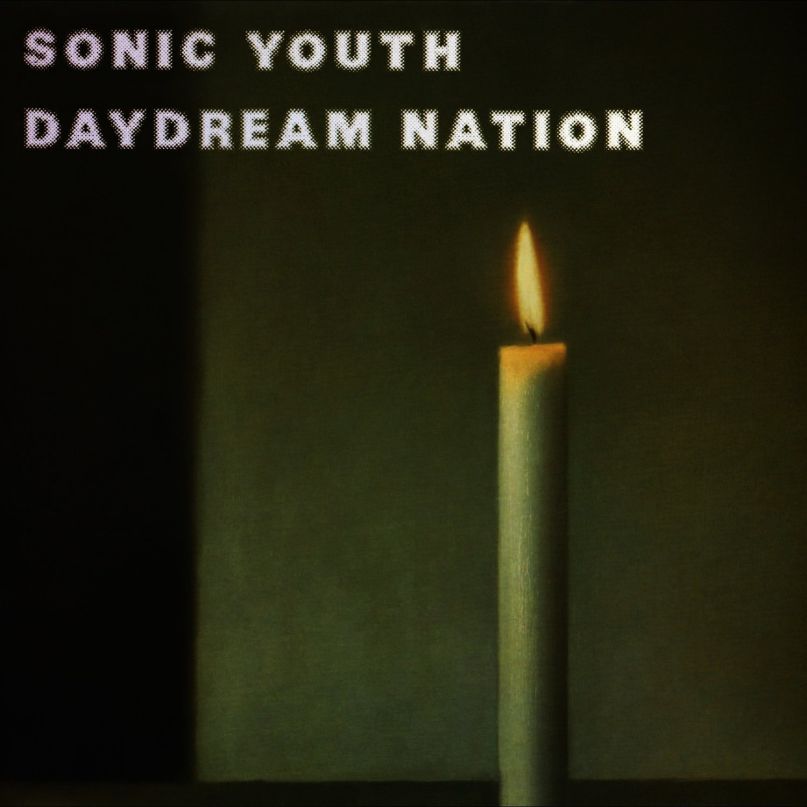 In the November 1987 issue of punk bible Maximumrocknroll, the ever combative Ben Weasel vented his spleen about what he saw as the sorry state of alternative rock at the time. “These writers, critics and even the musicians themselves,” he wrote, “turn their noses up at punk, yet listen to stuff that either used to be loud, aggressive and meaningful and turned into lame, mindless word-spuel [sic] or else shit that is basically Led Zeppelin and CCR rip-offs.” He names names throughout, but the one artist that keeps popping up as the exemplar of a reversion back to “the shittiest music ever created by man” was Sonic Youth.

Weasel’s rant is emblematic of the style of unwittingly funny writing that is typical of that magazine even today. And no one found their inclusion in the piece more hilarious than the members of Sonic Youth. So hilarious, in fact, that they reprinted it in the liner notes of their 1987 Master=Dik EP, the group’s final statement on SST Records.

It was a flippant move by the band akin to their use of a picture of then couple David Geffen and Cher on the cover of a fan club release of their demos for Goo. But it also served as the final bit of kindling that Sonic Youth used to completely burn the bridges to a stodgy scene that they unwittingly helped build by signing with Black Flag’s label. They loved punk, but they weren’t punk, at least not in the way that bull-headed writers like Weasel define the word. And they were about to bear that out with their clearest and most cohesive statement to date: 1988’s Daydream Nation.

The double album, released 30 years ago this month, was the product of a band that had finally found a way to connect their disparate artistic interests into a distinctive whole. For all the greatness in their previous work, particularly the preceding album, Sister, the quartet was still toning their collective muscles as they strained to find the depth in the tinny, frayed production styles of Martin Bisi and Wharton Tiers.

The music that they wrote for Daydream formed the strongest links between the avant garde sounds that had marked much of their earliest work, their abiding love of classic rock (Neil Young, Grateful Dead), and the growing school of underground bands, many of which were also name checked in Weasel’s rant (Das Damen, Hüsker Dü, Green River). It was an amalgamation that demanded a fuller, more dynamic sound, which they found with the guiding hand of Nick Sansano, a producer and engineer whose previous experience included working with The Bomb Squad, the team behind the music on Public Enemy’s first four albums.

Daydream Nation starts with a feint. The slow, chiming chords and Kim Gordon’s cooing vocal turn suggesting a dreamier turn by the group. But after about 90 seconds, Sonic Youth’s true intentions become clear with the crackling chords that kick off “Teen Age Riot” proper. Guitarists Thurston Moore and Lee Ranaldo twist and bend around each other, leading to the album’s first big drive: a tune that abstractly imagines a world in which Dinosaur Jr. leader J Mascis was our president.

Everything surges forward from there, cranking up the intensity briefly with the furious “Silver Rocket” but otherwise maintaining a steady flow and pace for just over an hour. (It remains one of the most perfectly sequenced albums of all time.) They allowed themselves a much wider canvas to play with, giving them room for longer intros, more drawn-out instrumental breakdowns, and, to close out the record, a suite of songs where the accelerated ascent of “The Wonder” slowly settles into the cruising altitude of “Hyperstation”.

All the songwriters are allowed more space to shine. Ranaldo bumps his usual one song per album contribution up to three, lending Daydream some of his best ever work. His trio of tunes seem cut from the same cloth as Love’s Forever Changes, with Beat poetic imagery that explored the dark underbelly of the ‘60s (“There’s one big dead end in my head/ And not a moment of peace”). Gordon’s contributions are true to her feminist ideals, as she takes on the guise of a skeevy movie producer (“Kissability”) or borrowing from a postmodern Denis Johnson novel to express unbound female desire (“The Sprawl”).

Daydream Nation had a marked impact on not only the band but the entire underground scene of the time. Just as it helped thrust Sonic Youth ahead, raising their profile and giving them freedom to reach an even more accessible sound with their first few DGC releases, it became a guiding light for artists like Mercury Rev, Swervedriver, and Teenage Fanclub, not to mention much of the post-rock scene of the ‘90s, to make their own fearless, gleaming guitar masterpieces. Like Gerhard Richter’s painting of a candle on the album’s cover, Daydream Nation remains a beautiful, resolute, and illuminating source of inspiration.