Drake says Kanye is lying about his role in "The Story of Adidon", on which Pusha revealed the existence of Drake's child 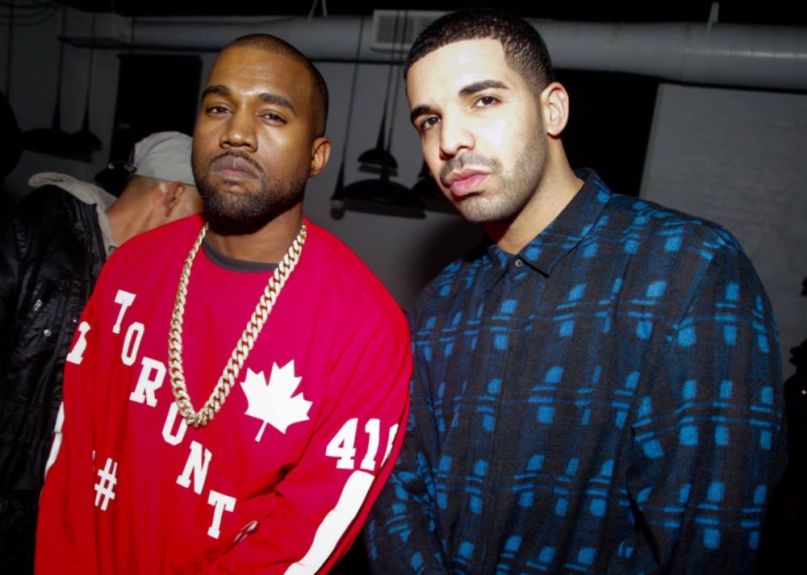 Amidst Kanye’s ongoing love affair with Donald Trump, lest we forget the drama from earlier in the year. Over the summer, Pusha-T threw some shade Drake’s way on the Kanye-produced LP, DAYTONA. Drake responded with “Duppy Freestyle”, but Pusha then delivered one hell of a sucker punch with “The Story of Adidon”, on which he revealed the existence of Drake’s secret child as well as a photo of Drake in black face. Drake fired back with “Behind Barz”, but ultimately opted against releasing a “career-ending” track aimed at Drake and Kanye.

For his part, Kanye denied he had supplied Pusha with the info about Drake’s baby, and contended Drake’s anger stemmed from Kanye’s decision to leave Drake off “Lift Yourself”. Nevertheless, he apologized for their “Jedi level” feud and said “there should have been no songs with my involvement that had any negative energy towards you.”

Now, Drake is finally sharing his side of the story, and it runs counter to Kanye’s. Appearing on LeBron James and Maverick Carter’s HBO barbershop interview series, The Shop, Drake said Kanye had invited him to Wyoming to work on “Lift Yourself”. Drake claimed he was unaware that Kanye was working on his own albums, but all the while Kanye asked Drake “completely transparent” about his own LP, Scorpion.

“I’m in Wyoming. I play him ‘March 14’. I send him a picture of my son. I tell him I’m having trouble with my son’s mother,” Drake explained, implying that Kanye was the only one who had knowledge about his son.

Drake said it was only after he returned home that he discovered Kanye was planning to release a series of albums around the same time Drake had intended to drop Scorpion. “I wake up, and all these dates are out. One by one by one. All of them around June 15,” Drake remarked.

Elsewhere in the interview, Drake revealed why he didn’t respond to Pusha’s “The Story of Adidon”. He explained, “I got home, listened back to it, and I was like, ‘Man, this is not something I ever want to remembered for. This is not even a place I necessarily want to go.’”

Drake also gave props to Pusha for “The Story of Adidon”,” saying, “The song, I thought was trash, but it was a hell of a chess move.”

Watch clips from Drake’s interview below.

Drake talking about how the Kanye beef started pic.twitter.com/2G7ezf4cx8