"It was about taking the ceiling off. Having it be limitless. Ain’t no rules," says frontman Zac Carper of the new record 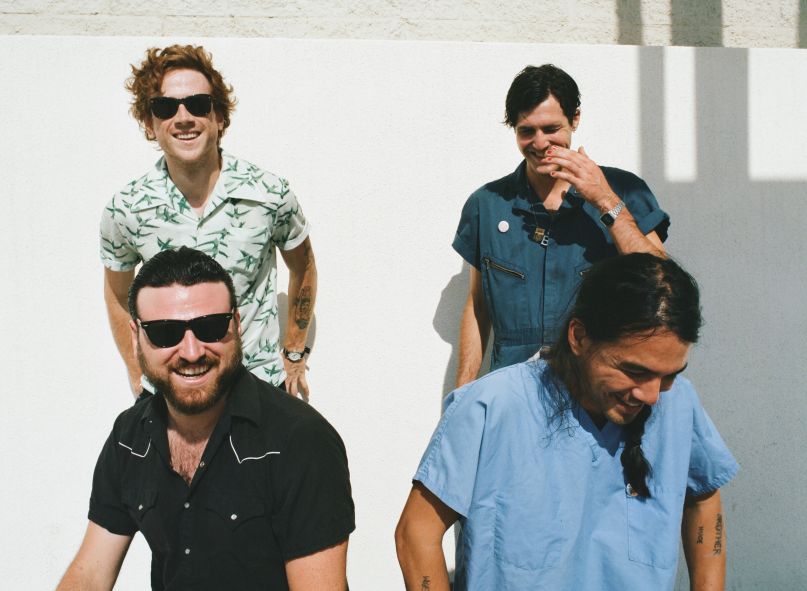 FIDLAR have proven to be a surprisingly resilient and shape-shifting band since they landed in a splash of beer back in 2013. Their 2015 follow-up, Too, was thematically rich and sonically adventurous, and their recent singles have found them tackling of-the-moment issues with a refreshing lack of pretension. It’s all been building to the release of their third LP, Almost Free, which is due out on January 25th via Mom + Pop Records.

The band hit the studio with Grammy-nominated producer Ricky Reed (Twenty One Pilots, Phantogram), and the album’s latest single, “Can’t You See”, is a funky slice slice of radio-friendly rock, withElvis Kuehn offsetting Zac Carper’s bleeding rasp with his starry-eyed falsetto. Lest you worry that the band has been enticed away from the booze-soaked punk of yore, rest assured that previous singles “Alcohol” and “Too Real”, both scorching and intimate, are also on the album.

Guitarist Elvis Kuehn says “Can’t You See” is “about believing you need external things to be fulfilled, when really that comes from within yourself. Play it loud while driving around Los Angeles and it’ll make sense.” Hear it below.

Pre-order the album here and get a bonus 7-inch flexi disc of “Can’t You See” and non-album track, “Are You High?”, which was released earlier this year.

Check out the artwork and tracklist below, and peep their current slate of North American tour dates here.