Film Review: Apostle Confronts Religious Fervor In All of Its Terror 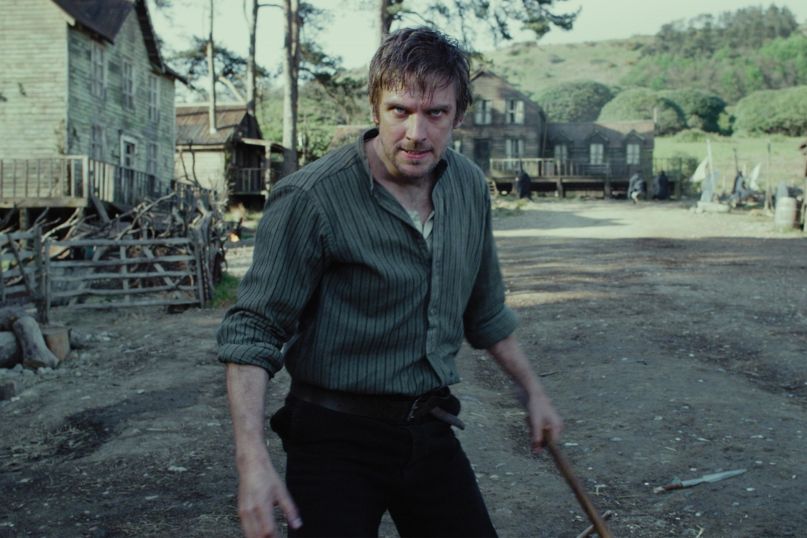 The Pitch: On a remote Welsh island in 1905, Malcolm Howe (Michael Sheen) has started a better world. Free from the tyranny of taxation and religious repression, Howe promises his followers a good life run by work and moral decency, just as long as they obey the rules. However, when he and his followers kidnap the daughter of an affluent family to demand a ransom in exchange for money they need to sustain Howe’s flock, the ex-missionary Thomas Richardson (Dan Stevens) is sent to the island to gather his sister and bring her home. Soon, however, Thomas discovers that there’s a reason Howe’s flock is so devoted to the cause. A reason they’ll do just about anything to protect and uphold.

Blood and Bone: Director Gareth Evans, best known to moviegoers for the jaw-droppingly violent Raid movies, is a filmmaker who works on an almost elemental level. His movies are all mud and flesh, bone and sinew, bracing violence and raw, uninhibited emotion communicated through that same violence. There’s no understatement to his work, and that lack is unnervingly effective in a film like Apostle. Unlike so many stories of cult panic, Apostle is transparent from its earliest moments about the fact that something deeply wrong is happening on the island, and it’s to the benefit of the film’s sense of tension. It’s not a question of whether things will go bad for poor, poor Thomas, but just how badly they’ll go before long.

When the film eventually ratchets up the brutality, interpersonal and otherwise, Evans gets to ply his particular trade, one at which he’s among the very best working today: grossing an audience the fuck out. Apostle certainly metes out its brutality in a way that the Raid films never attempted, but what’s going on between the lines is what matters more than a handful of scenes guaranteed to haunt you in the months to come. Even when Apostle is quiet, which is fairly often (especially in the film’s first half), it’s always building. Evans is an exceptional action filmmaker, but here he also proves himself an equally adept storyteller. Apostle may be a freakshow after a while, but it’s also a trenchant exploration of Thomas, who’s voyaged into the heart of darkness before and reluctantly finds himself doing it yet again.

A Sense of Place: One of Apostle‘s great achievements is the way in which it uses its early-20th century setting as a crucial piece of the storytelling, rather than the easy setup for isolationist terror that the era often finds itself purposed into. There’s quite a bit of invocation of the Salem Witch Trials and the like throughout Apostle, but Evans setting his film so late in history ends up lending a disturbing immediacy to the film. As much as it’s a flight through the panics of the occult, it’s also far more terrified of the things men do to one another in a fit of piety-fueled hubris. It’s no accident that the film’s most brutal scenes have a great deal of emotional weight behind them; this is a film not just about the violence of perverted religion, but the people harmed by it. For a movie as grisly as Apostle, this is hardly inconsequential.

Evans keeps the action confined almost entirely to a small village on an island, and there Apostle excels as well. There’s a rich sense of place that the film maintains even as its dramatic stakes escalate, and for a film primarily shot against open fields and skies, there’s a remarkable claustrophobia established as Thomas continues to learn just how unforgiving the territory can be. This muted, period-era palette may have returned into vogue in horror in recent years, but there’s a good reason for that. The old world, after all, was pretty fucking terrifying.

The Verdict: Apostle is uneasy viewing, even for the strongest constitutions out there. That’s not just because of the plentiful viscera onscreen, or because it’s yet another case study in Evans’ ongoing interest in the endless methods of abusing a human body onscreen, but because there’s something unfortunately timeless about Apostle‘s tale of decent people victimized by the whims of savage men. While Stevens finds a wealth of intensity as Thomas, he’s largely a vessel for Evans to drag through a vicious world where the rules are inviolable under sight of God, except for when it suits the individual people who claim to stand in His name.

This is punishing filmmaking, both in its sense of overwhelming despair and in its all-too-physical violence, but what sets Apostle apart from being an especially well-shot exploitation feature is its interest in the ideals behind the violence we perform on one another. Evans’ screenplay is full of blustering invective about sin and decency and freedom, but what Apostle ultimately seems to argue (in its increasingly unhinged way) is that freedom itself is only as valuable as the people who enjoy it. Apostle is a horror movie in a much older sense, the kind of movie that rattles you down to the bones and isn’t simply shaken off as you turn off the TV or walk into the parking lot. It’s brutal, sometimes excessively so, but it’s telling a story as old as time, on an almost operatic level. By its conclusion, Apostle seems to realize that violence is the very engine on which this entire world runs.

Where’s It Playing?: Apostle is now available for viewing through Netflix.