Film Review: Mid90s Looks Back to an Older Time Without Calling It Simpler 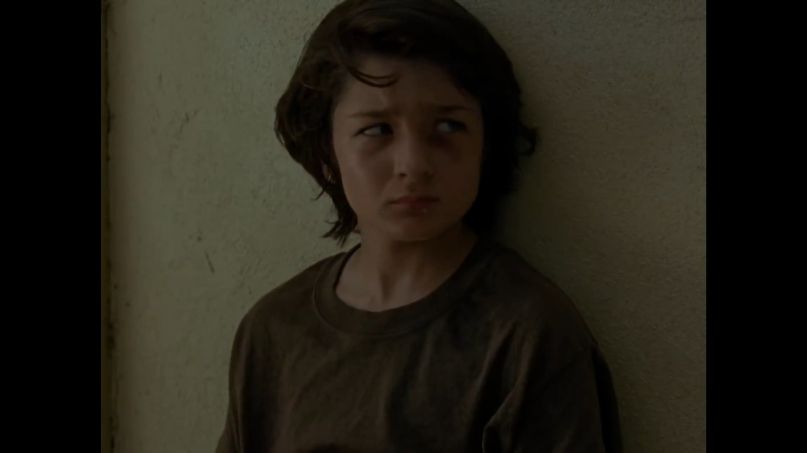 Mid90s is so perfectly evocative of its eponymous time period that it can make a 30-something reviewer who lived through it ache with recognition and nostalgia. The attention to era-appropriate realism, from the set and costume design to the indie rock and hip-hop soundtrack, is incredible. There are Teenage Mutant Ninja Turtles and Ren and Stimpy linens on the bed. Carefully organized CD collections on the shelves. Almost everyone under 20 is wearing a crumbling graphic T-shirt that is at least two sizes too large for them. Those that aren’t are wearing crop tops. There are bare-bones skate shops, skater-riddled parks, and the strains of the F-Zero Mute City theme playing in the background while someone smashes on a grey/purple SNES controller.

It’s not just the details that Jonah Hill and his cast and crew capture with his directorial debut, though. Mid90s also nails down so many of the feelings of adolescence in any time period. The brutal sibling fights, the wide-eyed, guileless desire to hang out with older/cool kids, that first delirious rush of potential belonging (and also that first delirious rush of sucking slightly less at skating) and the almost omnipresent angst, are every bit as carefully and lovingly recreated as the sets, costumes, and the sound. That’s true of the curated soundtrack, and of the perfectly rendered score by Nine Inch Nails’ Oscar-winning duo, Trent Reznor and Atticus Ross. This can inspire its own aching sense of recognition.

Eager to escape his alternately violent and distant brother (Lucas Hedges) and kind but oversharing mother (Katherine Waterston) at home, Stevie (Sunny Suljic) trades for an old skateboard and starts loitering at the local skate shop, trying to catch the attention and possibly the affection of the collection of misfits who work and/or hang out there. Eventually charmed by the dorky but sweet 13-year-old’s guileless need to please, the cool but caring Ray (a standout Na-kel Smith), the dopey but charming Fuckshit (Olan Prenatt), and the quiet art punk Fourth Grade (Ryder McLaughlin) take Stevie under their wings. They bond, and Stevie sees a whole new world filled with excitement, danger, promise, disappointment, and maybe even a hint of developing wisdom as he starts to take his first steps toward growing up.

Despite the fact that the 84-minute film’s lean plot can be summed up with what could be read as mild glibness, however, Mid90s isn’t exactly just another coming-of-age film. There might not be much in it that you haven’t seen in multiple teen dramedies and skate movies from every era, but what the film lacks in innovation or novelty it covers for in heart. As a writer and director, Hill demonstrates an endearing and encouraging empathy for his characters, crafting a portrait of adolescence that allows every emotion and every decision — from the most relatable at any age to the most boneheaded — to exist without irony, judgement, or condescension. The film doesn’t quite approach the brutally painful accuracy of adolescence that Freaks and Geeks did, but it clearly has a similar ethos when it comes to treating teenage characters like the full-fledged human beings that they are, with a multitude of feelings, thoughts, and issues that are worthy of thoughtful exploration onscreen.

As kind as Mid90s is, though, it never veers into navel-gazing or indulgence, either. Hill also loves his characters enough to spare them idealization, stopping short of making them the objects of an adult’s nostalgia-soaked reflections of an easier time. They’re teenagers. They pull some ridiculous shit. Their views are occasionally limited or misguided. Their actions have consequences that the film is no more interested in shying away from than it is in plunging the teens into over-the-top moralizing or melodrama.

It’s exactly the tone that both teenhood and the mid-‘90s deserve. Growing up, even if you come from a relatively comfortable background, is often fraught and shitty, uncomfortable and heartbreaking, but it also has its moments of freedom, excitement, and the first whiffs of potential for a future that might suck a little less. The ‘90s were also fairly ugly (despite what the shelves of Urban Outfitters are trying to tell the kids these days, our fashions and scrunchies were largely lamentable and unworthy of a revival) and unfortunate, although we had occasional bursts of good music and video games.

Mid90s captures all of that in all of its sloppy, grungy, slouching, and flailing glory and melancholy. With a tender heart and clear eyes, Hill has managed to take us back for a wincing but charming look at two very awkward ages.